Strippers Win Right To Be Paid By Clubs 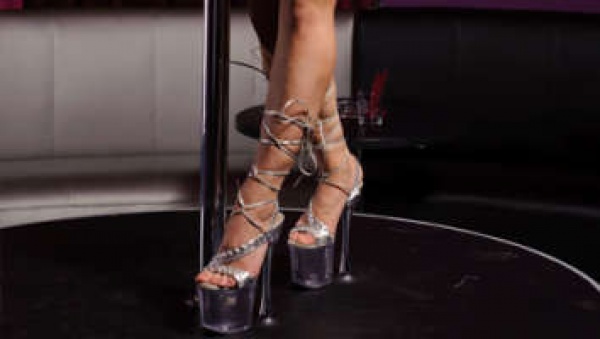 Dancers at strip clubs have long been considered "independent contractors" whose wages consist solely of tips. But a wave of lawsuits against clubs across the country — including in Baltimore, New York, Atlanta, San Diego and Denver — has challenged that, and legal victories in Maryland and elsewhere have added dancers to payrolls at some clubs.

In New York City, more than 2,000 dancers who worked at Rick's Cabaret between 2005 and 2012 were awarded $10.9 million in a class-action lawsuit they brought against their employer.

"These are employees, no different from waiters or waitresses," and deserve a base compensation, said Gregg C. Greenberg, a Silver Spring attorney who has represented nearly 60 dancers in lawsuits against clubs across the state.

Under Maryland law, tipped employees can receive $3.63 an hour, less than the minimum wage of $8.75 for jobs where employees receive no tips.

Greenberg's most recent case was brought by Stephanie Gamble, who went by the name of "Lady Luck" as a dancer and bartender at Chez Joey, club on The Block in Baltimore. Gamble contended that she was not an independent contractor, but an employee who worked regular shifts at the club and never received a paycheck.
Norma Jean's

Gamble settled out of court last month and received unpaid wages, Greenberg said. He would not disclose the amount, and Gamble could not be reached for comment.

Greenberg also represented six women who sued two adult clubs in Prince George's County in federal court in 2012, alleging that the clubs did not pay them the minimum wage required by the Fair Labor Standards Act and state wage laws.

After the women won their case in U.S. District Court, the clubs appealed to the U.S. Court of Appeals for the 4th Circuit in Richmond, Va.

The dancers argued that they "were closely regulated by defendants, from their hours to their earnings to their workplace conduct," according to court documents.

Attorneys for the clubs argued that the dancers were "free agents that came and went as they pleased," and used the clubs as a rented space, according to court documents.

Judge J. Harvie Wilkinson III said the clubs' argument did not hold up. The "relaxed working relationship represented by defendants — the kind that perhaps every worker dreams about — finds little support in the record," he ruled in upholding the lower court ruling in June.

Cari Tabor, who sued the Baltimore club Scores in 2014, said that on a good night, she could make $1,000 in tips. But sometimes she didn't make enough to cover fees charged by the club. She said a minimum wage helps make sure employees are being compensated for their time.

Historically, strip clubs have treated dancers differently from other staff when it comes to pay.

"It's always been that way until recent cases. If you were a bar or a nightclub and hired a band, or comedians, you wouldn't think of those entertainers as employees," said Baltimore attorney Peter Prevas, who has represented several clubs, including Chez Joey in Gamble's lawsuit.

Prevas said when strip clubs bring in adult film stars to dance for a limited engagement, they are not considered employees, either.

"The industry has always treated it that way," he said.

Prevas said he first started seeing the pay lawsuits about five years ago. He said paying dancers a regular wage is a large expense that could potentially put some clubs out of business.

Andrew Alley, owner of Scores Baltimore, declined to comment on specific cases, but said the lawsuits are driven by attorneys looking to make money.

Tabor, 38, said in her lawsuit against Scores that she was charged "house fees" during each shift she worked. Her suit also alleged that she could be charged for gaining weight.

"There's plenty nights where you have to pay $80 to work that night," said Tabor, who said she began stripping when she was 17 but has since stopped.

"Really, we were the ones making them money," she said.

Her case against Scores was dismissed by a judge, who cited a three-year statute of limitations. She stopped working at Scores in 2011.

Alley would not say whether Scores pays hourly wages to dancers now.

Norma Jean's began issuing paychecks to dancers after several lawsuits were brought against the club since 2013. In one case, brought by Tanae Taylor, which was settled last November, the club paid $27,000 to Taylor plus additional legal fees, according to court records.

Transitioning to paychecks took some time, and cost the club.

"You've got many clubs that don't do what we do," said Peter Ireland, one of the club's owners. "It hurts us, but in the long run, they're going to eventually hit them, too," he said of other clubs.

Jeanean Lawson, manager at Norma Jean's, said the Baltimore club used to write all of its payroll checks by hand because it did not have many employees. But after adding about 80 dancers, the club switched to a payroll company to handle the task, she said.

"It's very different. It affects our bottom line. It's an expense we didn't have to pay," Lawson said. "It could easily break any successful business."

But Lawson said the hourly pay is a way to show employees they are valued.

"We can't make money without them," she said. "They deserve respect like anyone else."

On a recent night on The Block, Kabrina Hudnell, a former dancer, waited to meet friends.

She said she stopped dancing because business at the clubs has slowed and she wasn't making any money. She pointed to clubs on The Block where she previously worked and said they still do not pay dancers an hourly wage.

"They are not even paying us. We're just sitting there naked for eight hours. They're really not looking out for us," said Hudnell, 22. "The pay ain't fair at all. If you don't have dancers, you don't have a strip club," she said.

Nearby, Kate Miller, 21, waited for her mother to pick her up after a shift at Chez Joey. She sells drinks, which requires her to wear lingerie and heels, but she doesn't dance. She said does not earn an hourly wage but makes money by getting patrons to buy $25 "ladies' drinks" in her name.

"Today, I only did three. It's not too packed," she said.

Miller, who lives in Baltimore County, said she now works only part time at the club after getting a job at a hotel front desk, where she makes a steady hourly wage. She hopes to move into the hotel position full time.

"It's different working for just tips. Hourly, you get paid for your time being there," even if it's slow, she said.