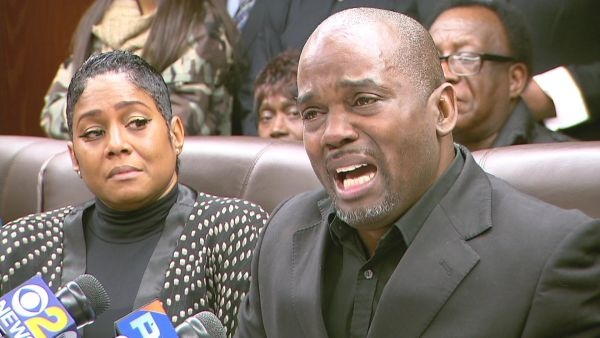 “I’ve never been cursed, physically abused, beaten and treated like a slave as I was two days ago,” Lanier said as he began to break down. “For somebody to grab me by the neck in the supermarket, and I’m telling you, ‘I’m one of you,’ and you disrespect it — it was like you’re just another Black dude.”

Lanier told the press cops laughed when he said he was a retired corrections officer. He was then thrown into the back of a squad car before being released without an apology.

Lanier and his lawyer Fred Brewington are suing the Garden City Police over his treatment.

“When you don’t have a good description, you don’t just start scooping up black people,” Brewington said at the press conference.

Lanier said he just wants the officers held responsible for their actions.

“I’m tired of hearing officers constantly talking about we have to retrain,” Lanier said, “We don’t have to retrain, we got to let them be held accountable for their actions. Imagine if I had my gun at that time. It could have went either way.”