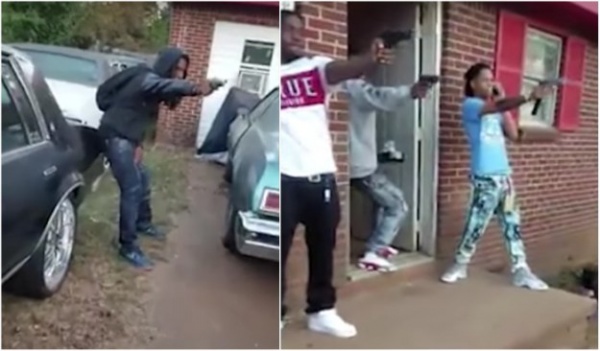 In the video, they were all clutching firearms of various caliber.

Pistols and shotguns hung frozen in the air, their blunt ends aimed at various people, who remained as still as, well, mannequins. One man was prostrate under the back of a car, as if for cover, the barrel of his shotgun peeking out. Another hid behind a plastic trash can, flimsy protection if this were a real battle.

From one angle, it appeared to be a Madame Tussauds Wax Museum exhibit — a reenacted modern-day gunfight in rural Alabama involving at least 19 guns and 22 young men, frozen in time, scored by the pulsating beat of pounding rap music.

It was a version, albeit an edgy and ultimately inadvisable one, of the mannequin challenge — that Internet craze of filming a scene of stark-still people, generally with the song “Black Beatles” by Rae Sremmurd playing over it. It has become so popular that everyone from Taylor Swift to NFL players to Alabama inmates have recorded a version. 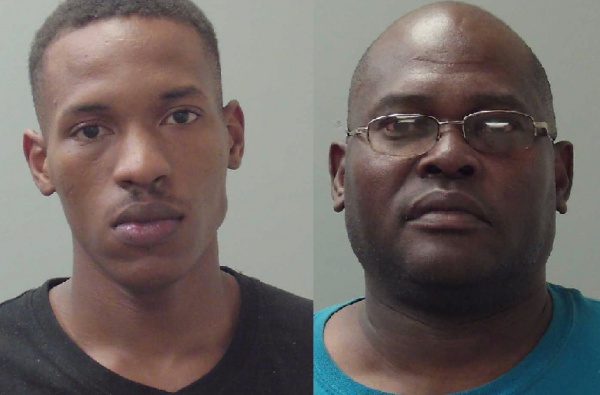 Those inmates might be able to film a version with a larger cast now, as two of the men in the firearm-studded mannequin challenge have, perhaps unsurprisingly, been arrested; one of them for — you guessed it — possessing guns.

The video was filmed in Huntsville, Ala., but Facebook allowed it to reach those far beyond the borders of the 186,000-person, NASA-centric city. Posted about a month ago on Nov. 9, it has been shared more than 85,000 times, AL.com reported, meaning it reached a lot of eyeballs.

Including those of the Madison County Sheriff’s office, who likely wondered if those 19 guns were accompanied by the proper licenses and permits. Given that the house was caught on film, police investigated further and eventually got a search warrant for the property on Powell Drive in Huntsville.

“At 5:02 this morning,” Capt. Mike Salomonsky said in a news conference on Tuesday. “The Madison County Sheriff’s Office SWAT team, the City of Huntsville Police Department SWAT team, and also ATF were present when we executed the search warrant at that residence.”

He said they used a “breaching technique which caused the front door to be removed from the residence,” along with using various diversion devices within the house.

Inside, they found a lawman’s gold mine.

Police confiscated two handguns, one assault rifle and a single-barrel shotgun, a tactical vest and many rounds of ammunition and multiple magazines to boot, Salomonsky said.

Along with that, they found several bags of marijuana, packed for resale, and a grinder, which is used to grind the plant’s thick buds into a powdery substance for individual consumption.

Finally, police arrested 49-year-old Kenneth Fennell White on two charges — possession of marijuana and being a felon in possession of a firearm, according to Salomonsky. His bond was set at $30,000.

They also arrested 23-year-old Terry Brown for possession of drug paraphernalia, loitering and promoting prison contraband. The latter charge stemmed from Brown arriving to prison with marijuana on his person, according to Salomonsky. His bail was set at $3,800.

It is unclear at this time if either man has a lawyer or has entered a plea.

More arrests may be imminent.

“There are several persons in the video who may be convicted felons,” Salomonsky said. “So, we’re going to try to do some identification, work with the ATF and see if we can generate any charges out of that.”

It’s unclear if the mannequin challenge can be won, but these gentlemen have offered evidence it can be lost.