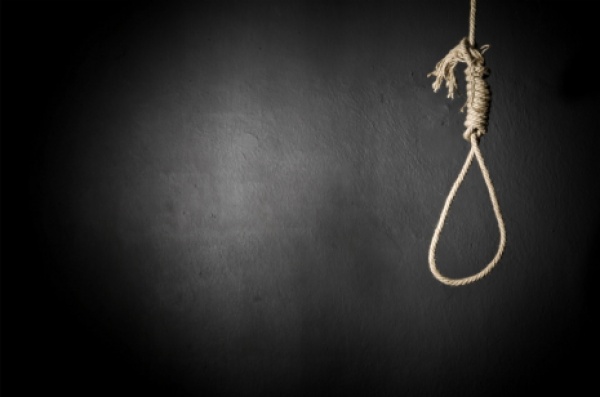 Terrell Powell was an hour early, arriving at the construction site in Southwest Washington before anyone else. The electrician’s apprentice took the hoist up to the seventh floor, to where he always kept his tools.

Then he stopped, looked up and saw what he only had seen before in movies: a noose in the doorway.

“It was just hanging there,” said Powell, 47, of Southeast Washington. He found the noose with a coworker on Nov. 28 around 5:45 a.m., and the pair called a safety project manager who promised to look into it.

A second noose was found after lunch, said Terrell Powell. He said it was hanging from a ladder.

“We just stood there and looked at it for a minute,” Powell said.

Powell worked at a Clark Construction LLC site that was part of the Wharf project in Southwest Washington. He told himself then and there he wouldn’t leave the job. He’d been there for eight months and wanted to “finish what he started.”

“It’s history and I wanted to be a part of that,” he said.

But after lunch, Powell found another noose.

“I was putting up an electrical panel, and I just happened to look at the right of me and there it was – hanging on a ladder," Powell said.

[First came the ‘build the wall’ chants. Now a noose has been found at the same middle school.]

That was his last day on the job. Powell completed his work, packed up his things and didn’t look back. He has already picked up another job.

He said finding the nooses — which he had seen only in westerns and shows about slavery — was absolutely frightening.

“I feel like I was a target because what are the chances that there’s all those black dudes running around that building there, and [I] find two nooses in one day,” Powell said. “I just wanted to finish the day and get out of there.”

Powell has not forgotten about the nooses. He can’t: The pictures he took are still on his cell phone. He posted them on Facebook. On Tuesday morning, his dad called from North Carolina to talk about it.

And on Tuesday evening, a D.C. police officer stopped by his house to ask him questions.

A D.C. police spokesman said the department is investigating the Nov. 28 discovery of the nooses. An official with Clark Construction Group LLC said in a statement that the company determined that a subcontractor employee was “involved in the incident” and he was fired from the project.

But Calvert County Sheriff’s Office in Maryland, where four nooses where found at a construction site, are examining the D.C. case and wondering whether there’s a connection.

“We don’t know — we’re looking into that now,” said Capt. Steven Jones, a spokesman for the Calvert County Sheriff’s Office, where detectives are investigating the discovery of four nooses left at a construction site at a Dominion plant between April and November.

Jones said no one has been fired in connection with the discoveries and no victims have come forward, but detectives are continuing to investigate.

“We might not be able to lock anyone up in this case as of right now,” Jones said. “But we would still like to find out who did it and if nothing else, we’re going to get them terminated and removed from Calvert County.”

As for the D.C. case, Powell believes the man who was fired did not act alone. He said the nooses are a message that racism is real and out in the open.

“This is ‘I hate you all day long,’” he said of the nooses. “It’s something that needs to be out there – something people need to know about.”