Top Boxer Gunned Down In Drive-By 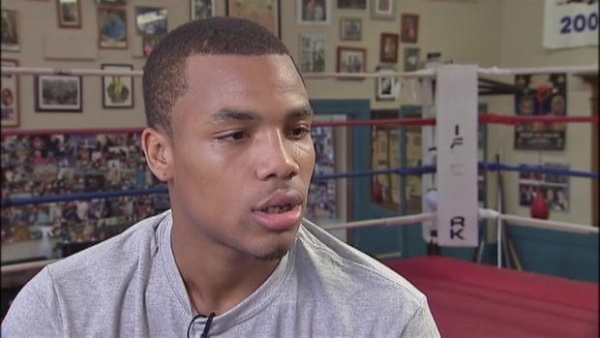 The weekend death of unbeaten Chicago welterweight boxer Ed Brown after being shot in the head haunts his veteran manager Cameron Dunkin, who lamented Monday, “He was going to be champion of the world, and we all knew it.”

Brown, 25, was out with a 19-year-old female cousin early Saturday when someone drove by and shot him near Kedzie Avenue and Warren Boulevard, fatally wounding a prospect who was 20-0 with 16 knockouts and eyeing a breakout 2017.

Brown had trained for years at the nearby Garfield Park Golden Dome Fieldhouse.

Dunkin said he’d just retained Floyd Mayweather Jr.’s close friend and assistant trainer, Nate Jones, to supervise a training regimen for Brown, and following an impressive unanimous-decision triumph in November, the fighter was going to be pitched for a date on Showtime’s “ShoBox” series in February, Dunkin said.

“He was dedicated and passionate but he was also super talented,” said Michael Cericola, Brown’s co-manager. “Naturally talented.”

Cericola met Brown when he was just a 16-year-old competing in amateur boxing matches. He said the boy stood out for being a good sportsman and good teammate.

“He was a great kid with a great heart,” he said. “He was very conscious of pulling people up with him. He wanted to see his teammates succeed with him.”

Cericola said Brown’s family placed him in boxing lessons after his mother was one of 21 people crushed to death in a stairwell in the E2 Chicago nightclub disaster in 2003, to keep him “in the park and out of the streets.”

Dunkin was first impressed by Brown at a national Police Athletic League competition in San Antonio in 2010, but with so many prospects there, he lost track of him until a Chicago agent phoned Dunkin to tell him about a gifted young talent who was unsigned.

“Give me his name!” Dunkin implored, hoping it was Brown, and was told the fighter had just been released from jail after being shot for a second time while residing in one of Chicago’s most dangerous communities.

“Go get him!” Dunkin told the agent.

“He had seven bullet scars in him, so I had a long talk with him … he was so quiet, polite, shy … he told me, ‘I’m not doing any of that stuff anymore, I just want to box and get on with my life,’” Dunkin said. 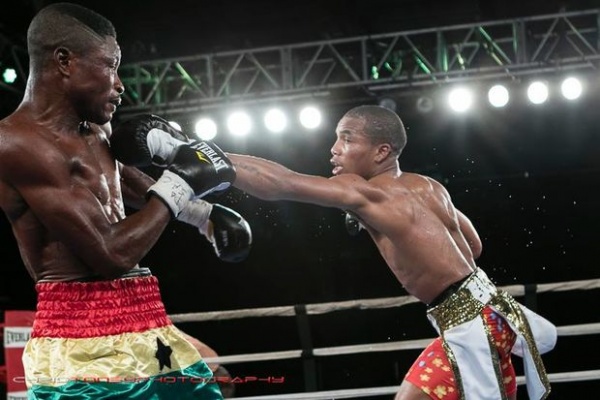 Dunkin sought to move Brown fast, placing him in a staggering 13 bouts in 2015, including a convincing victory at StubHub Center on the Timothy Bradley-Jessie Vargas undercard when Brown showed off his Chicago pride by wearing apparel that featured a Chicago Blackhawks logo.

Brown’s one-sided victory by decision over veteran Albert Mensah of Ghana in Philadelphia in November moved Dunkin to accelerate the push. “That’s what I wanted to see,” Dunkin said. “That was the step-up fight.”

Boxing publicist Bernie Bahrmasel watched Brown fight in Chicago in September, and assessed, “Always smiling, always polite. You watched the kid, he was just so good. You could see he was going to be a champion.

A sticking point in Dunkin’s plans was that Brown wouldn’t agree to leave Chicago, training at the Golden Dome Fieldhouse, in East Garfield Park, where other talented fighters, including Adrian Granados, also have trained.

Brown spent his life on the West Side, refusing to leave because he wanted to prove he could “make it” in Chicago, Cericola said.

“He had an open ticket to go anywhere but he just wanted to show that he didn't have to go elsewhere to make it,” Cericola said.

“Not only was he in the worst city in America for murder, he was in the worst part of the city. I tried every way to get him to leave,” Dunkin said. “He wasn’t doing anything bad (before the shooting), didn’t break the law, but he’s around those people, and that’s what I had told him before, that, ‘You can be walking down the street there (and be in danger). You’re living in a war zone. Why do you want to stay?”

Brown responded: “I know, but I get along with everybody, I mind my own business. My family’s here, my girl’s here. I’m just going to stay here until we hit big, and then I’ll get out.”

Dunkin said he sought to ensure Brown’s account by drug-testing the fighter and having mutual friends watch for any red flags.

“He was doing good, but he was there, and when you’re in that environment, you don’t have to be shooting at anybody. You can just be sitting there … and that’s what happened,” Dunkin said.

“But, boy, when you know the person, it sucks.”

Brown, of the 500 block of North Lavergne Avenue in Austin, was pronounced dead at 4:04 p.m. Sunday at Mount Sinai Hospital, according to the Cook County medical examiner's office.

Brown's family has set up a GoFundMe page to help pay his funeral expenses. A vigil will be held at 6 p.m. Tuesday near the Golden Dome Fieldhouse, at Central Park Avenue and Madison Street