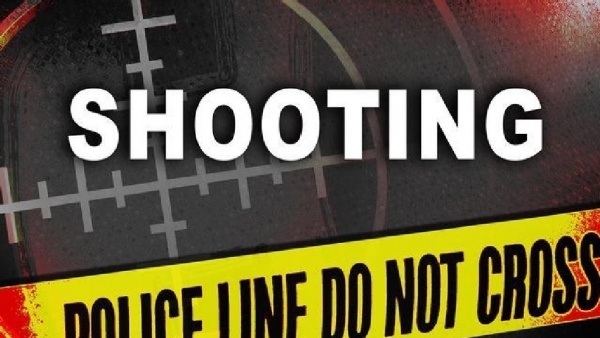 The fourth time around, it doesn’t get any easier to bury a son lost to gun violence.

She tried to lift her spirits a bit over the weekend with a new haircut, but, of course, it didn’t help.

“Justice is what I want,” she told me, leaning against the fence outside her apartment building on a leafy street in Southeast Washington, where three young boys — like hers once were — played soccer on the small lawn.

For the fourth time in her life, Gray got the news that a son had been gunned down on a D.C. street.
Evidence markers are scattered around the crime scene on Birney Place in Southeast Washington, where two people were killed and seven others injured on Sept. 17.

And as the nation’s elite — a president and a former president, billionaires, lawmakers and celebrities — gathered just a few miles away to celebrate the opening of the National Museum of African American History and Culture, Gray was stuck in a cycle all too familiar in her neighborhood.

The first time she became a grieving mother was in February 2001, when her son Samuel Phillips, 23, was killed at a D.C. halfway house.

A suspect was arrested, but before his trial began in 2004, Gray got the call again. Samuel’s 21-year-old brother, Demetrius, one of the prosecution’s witnesses, was killed. No one was convicted in either son’s death, Gray said.

I met Gray the day before Thanksgiving 11 years ago, right after she received the same call a third time.

On a November night it was Carlos Phillips, 26, who was living in an apartment that his mom kept up for him because she said the father of nine was mentally disabled.

Again, for 11 years, there was no justice. And Gray kept working as a home health-care aide, and her remaining four children got older, finished school, gave her grandbabies.

And then the call came again this month.

It was her fourth son, Scorpio-Rodney Alonzo Phillips. He made it to age 31. Like his three dead brothers, he’d gotten into trouble with the law. But for the past five years, he’d been living a relatively quiet life. He worked as a landscaper, rooted for the Redskins and had a daughter who just started first grade.

On Sept. 17, he was at Dorsey Day, an annual neighborhood block party at Barry Farm, where there was barbecue, a bounce house and go-go bands.

About 8 p.m., when the party was going strong, two men pulled up, unloaded their guns into the crowd and sped off. Nine people were shot, two of them died.

Still, no arrests. Do these black lives matter?

There will be a candlelight vigil for Phillips this week, but no protests. No outrage. Just resignation.

It’s a complex problem, this persistent cycle of violence that plagues America’s poorest neighborhoods. The victims and shooters are mostly young black men.

And it’s that heartbreaking lack of closure that helps feed the cycle of mistrust and, sometimes, of people exacting their own form of street justice.

Detectives often struggle to solve crimes in places where mistrust for the police runs deep. Phyllis Gray knows the deadly repercussions of talking to police all too well, after one son was killed as he was about to testify about the death of another.

So the detectives ask questions, no one talks and no one is arrested, let alone convicted. And the lack of justice only deepens the divide between the community and those who are sworn to protect it.

In Southeast Washington, many people describe being hassled or harassed by officers. How does a community trust police who have pulled a son over a dozen times, but can’t find his killer after that horrific call comes?

In Charlotte, in Baton Rouge, in Dallas, in Baltimore, in Ferguson, protesters demand accountability when a black man gets killed at the hands of police under questionable circumstances. And justifiably so.

But Phyllis Gray and mothers like her still want police to solve the killings of their sons. In their neighborhoods, black lives matter also means finding a way to end the cycle of violence, then silence.