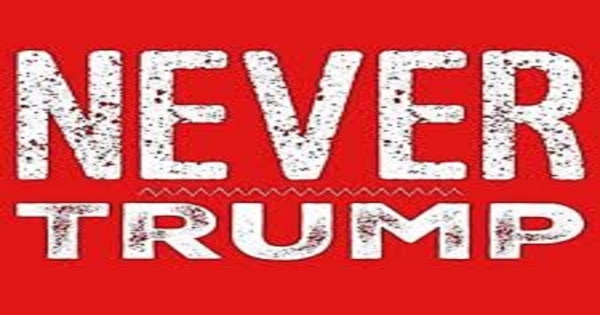 When Donald Trump began his improbable run for president 15 months ago, he offered his wealth and television celebrity as credentials, then slyly added a twist of fearmongering about Mexican “rapists” flooding across the Southern border.

From that moment of combustion, it became clear that Mr. Trump’s views were matters of dangerous impulse and cynical pandering rather than thoughtful politics. Yet he has attracted throngs of Americans who ascribe higher purpose to him than he has demonstrated in a freewheeling campaign marked by bursts of false and outrageous allegations, personal insults, xenophobic nationalism, unapologetic sexism and positions that shift according to his audience and his whims.

Now here stands Mr. Trump, feisty from his runaway Republican primary victories and ready for the first presidential debate, scheduled for Monday night, with Hillary Clinton. It is time for others who are still undecided, and perhaps hoping for some dramatic change in our politics and governance, to take a hard look and see Mr. Trump for who he is. They have an obligation to scrutinize his supposed virtues as a refreshing counterpolitician. Otherwise, they could face the consequences of handing the White House to a man far more consumed with himself than with the nation’s well-being.

Here’s how Mr. Trump is selling himself and why he can’t be believed.

A financial wizard who can bring executive magic to government?

Despite his towering properties, Mr. Trump has a record rife with bankruptcies and sketchy ventures like Trump University, which authorities are investigating after numerous complaints of fraud. His name has been chiseled off his failed casinos in Atlantic City.

Mr. Trump’s brazen refusal to disclose his tax returns — as Mrs. Clinton and other nominees for decades have done — should sharpen voter wariness of his business and charitable operations. Disclosure would undoubtedly raise numerous red flags; the public record already indicates that in at least some years he made full use of available loopholes and paid no taxes.

Mr. Trump has been opaque about his questionable global investments in Russia and elsewhere, which could present conflicts of interest as president, particularly if his business interests are left in the hands of his children, as he intends. Investigations have found self-dealing. He notably tapped $258,000 in donors’ money from his charitable foundation to settle lawsuits involving his for-profit businesses, according to The Washington Post.

A straight talker who tells it like it is?

Mr. Trump, who has no experience in national security, declares that he has a plan to soundly defeat the Islamic State militants in Syria, but won’t reveal it, bobbing and weaving about whether he would commit ground troops. Voters cannot judge whether he has any idea what he’s talking about without an outline of his plan, yet Mr. Trump ludicrously insists he must not tip off the enemy.

Another of his cornerstone proposals — his campaign pledge of a “total and complete shutdown” of Muslim newcomers plus the deportation of 11 million undocumented immigrants across a border wall paid for by Mexico — has been subjected to endless qualifications as he zigs and zags in pursuit of middle-ground voters.

Whatever his gyrations, Mr. Trump always does make clear where his heart lies — with the anti-immigrant, nativist and racist signals that he scurrilously employed to build his base.

He used the shameful “birther” campaign against President Obama’s legitimacy as a wedge for his candidacy. But then he opportunistically denied his own record, trolling for undecided voters by conceding that Mr. Obama was a born American. In the process he tried to smear Mrs. Clinton as the instigator of the birther canard and then fled reporters’ questions.

Since his campaign began, NBC News has tabulated that Mr. Trump has made 117 distinct policy shifts on 20 major issues, including three contradictory views on abortion in one eight-hour stretch. As reporters try to pin down his contradictions, Mr. Trump has mocked them at his rallies. He said he would “loosen” libel laws to make it easier to sue news organizations that displease him.

An expert negotiator who can fix government and overpower other world leaders?

His plan for cutting the national debt was far from a confidence builder: He said he might try to persuade creditors to accept less than the government owed. This fanciful notion, imported from Mr. Trump’s debt-steeped real estate world, would undermine faith in the government and the stability of global financial markets. His tax-cut plan has been no less alarming. It was initially estimated to cost $10 trillion in tax revenue, then, after revisions, maybe $3 trillion, by one adviser’s estimate. There is no credible indication of how this would be paid for — only assurances that those in the upper brackets will be favored.

If Mr. Trump were to become president, his open doubts about the value of NATO would present a major diplomatic and security challenge, as would his repeated denunciations of trade deals and relations with China. Mr. Trump promises to renegotiate the Iran nuclear control agreement, as if it were an air-rights deal on Broadway. Numerous experts on national defense and international affairs have recoiled at the thought of his commanding the nuclear arsenal. Former Secretary of State Colin Powell privately called Mr. Trump “an international pariah.” Mr. Trump has repeatedly denounced global warming as a “hoax,” although a golf course he owns in Ireland is citing global warming in seeking to build a protective wall against a rising sea.

In expressing admiration for the Russian president, Vladimir Putin, Mr. Trump implies acceptance of Mr. Putin’s dictatorial abuse of critics and dissenters, some of whom have turned up murdered, and Mr. Putin’s vicious crackdown on the press. Even worse was Mr. Trump’s urging Russia to meddle in the presidential campaign by hacking the email of former Secretary of State Clinton. Voters should consider what sort of deals Mr. Putin might obtain if Mr. Trump, his admirer, wins the White House.

A change agent for the nation and the world?

There can be little doubt of that. But voters should be asking themselves if Mr. Trump will deliver the kind of change they want. Starting a series of trade wars is a recipe for recession, not for new American jobs. Blowing a hole in the deficit by cutting taxes for the wealthy will not secure Americans’ financial future, and alienating our allies won’t protect our security. Mr. Trump has also said he will get rid of the new national health insurance system that millions now depend on, without saying how he would replace it.

The list goes on: He would scuttle the financial reforms and consumer protections born of the Great Recession. He would upend the Obama administration’s progress on the environment, vowing to “cancel the Paris climate agreement” on global warming. He would return to the use of waterboarding, a torture method, in violation of international treaty law. He has blithely called for reconsideration of Japan’s commitment not to develop nuclear weapons. He favors a national campaign of “stop and frisk” policing, which has been ruled unconstitutional. He has blessed the National Rifle Association’s ambition to arm citizens to engage in what he imagines would be defensive “shootouts” with gunmen. He has so coarsened our politics that he remains a contender for the presidency despite musing about his opponent as a gunshot target.

Voters should also consider Mr. Trump’s silence about areas of national life that are crying out for constructive change: How would he change our schools for the better? How would he lift more Americans out of poverty? How would his condescending appeal to black voters — a cynical signal to white moderates concerned about his racist supporters — translate into credible White House initiatives to promote racial progress? How would his call to monitor and even close some mosques affect the nation’s life and global reputation? Would his Supreme Court nominees be zealous, self-certain extensions of himself? In all these areas, Mrs. Clinton has offered constructive proposals. He has offered bluster, or nothing. The most specific domestic policy he has put forward, on tax breaks for child care, would tilt toward the wealthy.

Voters attracted by the force of the Trump personality should pause and take note of the precise qualities he exudes as an audaciously different politician: bluster, savage mockery of those who challenge him, degrading comments about women, mendacity, crude generalizations about nations and religions. Our presidents are role models for generations of our children. Is this the example we want for them?