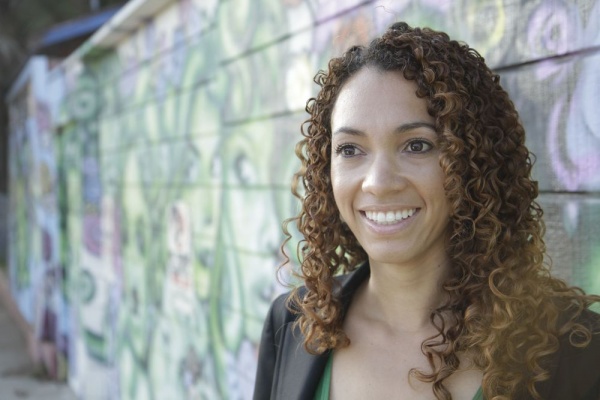 After graduating from law school, Gina Clayton worked in New York City representing underserved communities in eviction cases. In her job, she’d noticed a disturbing pattern: Many of the people she helped—disproportionately Black women—had at least one family member in prison. “The impact [it had on women] I saw was in housing. But there was also the expense of prison visits and the long distance they have to travel, not to mention the cost of raising children when you don’t have a partner,” says Clayton. So, in 2014, she founded the Essie Justice Group in Oakland to help support and create a community for these women.

When most people talk about the criminal justice system, they talk about men who are locked away. Why did you choose to focus on women?

When I was in my first year at Harvard, someone I loved was sentenced to 20 years in prison. You have more than 2.3 million people behind bars today, and around 90 percent are men. If you have all these men in prison, what’s happening to the women? Roughly one in four women has a family member in prison. If you’re a Black woman, the rate is almost one in two. The prevalence is astronomical.

How did you come up with the idea for Essie?

I started setting up informal brunches with women who had incarcerated loved ones to hear more about this experience. These women felt isolated. They would talk about how difficult it was to have someone behind bars—and the stigma. Around this time, I went to my grandmother’s house. I had wanted to name the organization after my great-grandmother Essie, who was born in Louisiana. Her parents were sharecroppers who moved west in search of opportunities and freedom from Jim Crow. When she came to California, she built a foundation on which her family could stand. So I went back to my grandmother and asked her, “How did Essie do it?” She said, “Baby, you know she had sisters.” In that moment, something clicked. She had sisters! It became the strategy we needed for the organization.

So Essie’s mission is to build a sisterhood?

Yes. We’re creating spaces where women can form incredibly strong bonds of sisterhood. To be an Essie Sister, you take a pledge to break the isolation and invisibility. When isolation is broken, mental health improves, access to resources increases and civic participation grows. The program has three pillars: advocating for yourself, advocating for family and advocating for your community.