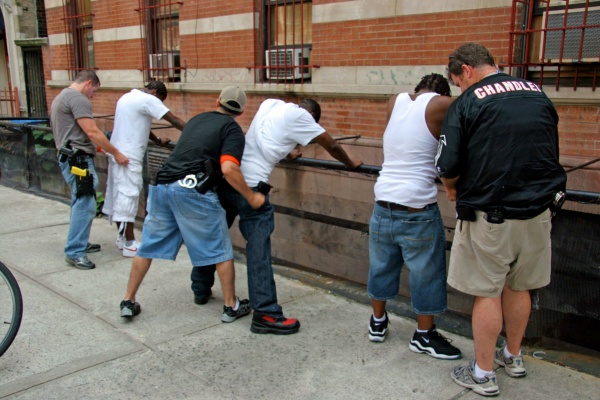 Republican presidential nominee Donald Trump wants to promote the use of excessive stop-and-frisk policing methods, such as those previously used by the NYPD, that have widely been proved to be discriminatory against blacks and Latinos and ruled unconstitutional by a federal judge.

In an excerpt from a Fox News town hall billed as a “meeting on African-American concerns” and scheduled to air Wednesday night, Trump was asked how he would address “black-on-black crime.”

Trump replied that he “would do stop and frisk,” a practice heavily championed by former New York City Mayor Rudy Giuliani (R), who is now a prominent Trump supporter.

The GOP nominee claimed that “in New York City, it was so incredible the way it worked.” However, the practice there has been widely condemned due to its disproportionate targeting of black and Latino communities and little effect on reducing crime.

In 2013, a federal judge ruled the practice was unconstitutional in New York, calling it a “policy of indirect racial profiling” because the New York City Police Department disproportionately targeted black and Latino men during routine traffic stops. In her ruling, Judge Shira Scheindlin wrote that stop and frisk was “a demeaning and humiliating experience” for communities of color.

“No one should live in fear of being stopped whenever he leaves his home to go about the activities of daily life,” she wrote.

Later that year, an investigation by the New York state attorney general found that only 3 percent of traffic stops “led to guilty pleas or convictions at trial” and only 0.1 percent were for violent crimes.

Ending stop and frisk was a top concern for the city’s current mayor, Bill de Blasio (D). Over the last few years, the NYPD has severely cut back on traffic stops, from a record high of almost 700,000 in 2011 to about 22,000 last year, according to data from the New York Civil Liberties Union. In a sign that it was reforming its practices, the NYPD warned officers in a memo last year that they need a “minimal level of objective justification” to make a stop, and they cannot make a stop simply based on a “hunch.”