How Black Pastors Allowed Trump To Pull Off The Ultimate Con 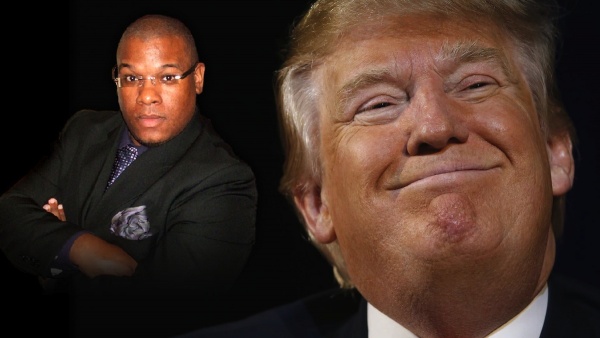 In the space of less than two weeks GOP presidential candidate Donald Trump did something that few thought possible, let alone desirable. He went to not one, but two black churches in Detroit and Flint, Michigan. Now at first glance this seems to fly in the face of everything that Trump says and stands for.

The idea behind this is simple. A nod, hint, let alone an appearance before blacks would defeat his purpose. That is to comfort and reassure his core base of ultra conservatives, less educated blue collar and rural whites, and unreconstructed bigots that he’s got their backs against the hordes of alleged menacing, lawless, entitlement seeking, job competing, blacks and other minorities.

Yet that’s the first glance. There’s more to the black church story than Trump’s cynical play of black churches to show that he’s not a racist. We’ll have to roll back the clock to the

2004 presidential election to see why black churches figure in the Trump game plan. The story that election was the role of black evangelicals. Though the majority still voted overwhelmingly for Democratic presidential candidate John Kerry, they gave GOP rival George Bush the cushion he needed to bag Ohio and win the White House. There were early warning signs that might happen. The same polls that showed black’s prime concern was with bread and butter issues – and that Kerry was seen as the candidate who could deliver on those issues – also revealed that a sizeable number of blacks ranked abortion, gay marriage and school prayer as priority issues. Their concern for these issues didn’t come anywhere close to that of white evangelicals, but it was still higher than that of the general voting public.

In the right place and under the right circumstance, black evangelicals posed a stealth danger to Democrats. As it turned out, the right place for Bush was Ohio, Wisconsin and Florida. These were must-win swing states, and Bush won them with a considerably higher percent of the black vote than he got in 2000. In Ohio, the gay marriage ban helped bump up the black vote for Bush by seven percentage points, to 16 percent. In Florida and Wisconsin, Republicans aggressively courted and wooed key black religious leaders. They dumped big bucks from Bush’s Faith-Based Initiative program into church-run education and youth programs. Black church leaders not only endorsed Bush, but in some cases they actively worked for his re-election, and encouraged members of their congregations to do the same.

The lesson of that campaign wasn’t lost on Trump. He quickly grabbed a few hand-picked prominent black evangelicals for a much touted meeting, and photo-op at Trump Tower earlier this year. Some of the preachers endorsed Trump, some said they just wanted to hear more from him, and some others quickly distanced themselves from him. But that was less important than the fact that Trump could show the world that not all blacks hated his guts and would do anything to make sure the closest he ever got to the White House was on a guest tour pass.

The black ministers that showed up at the gathering more than fit the image bill he wanted. In the weeks after, a few more black ministers here and there said they’d back Trump, and a few all of a sudden turned up on the networks singing his praises.

This was all a prelude to the big camp meetings in Detroit and now Flint. In both places, a heckle or two notwithstanding, Trump got exactly what he wanted, a mostly attentive, respectful, audience that took his empty platitudes about civil rights and the disgraceful environmental racism that condemned Flint to poisonous water for months in stride.

Black evangelicals, and that includes even the most conservative of them, will not give Trump anywhere near the margin of votes they gave Bush in 2004 to help tip a couple of states to him.

But he doesn’t need or want that. They gave him something just as precious. They gave him a ready-made platform to help dispel the relentless attack and fear that he’s a Klansman in a suit, and to show that he actually is capable of relating to black voters in a venue that’s about as safe, and tolerant as any he’d ever find anywhere else among blacks.

This won’t be the last time that Trump will play the black evangelical card. They’ll be the perfect foil to allow him to bypass and thumb his nose at black Democrats and civil rights leaders and show that he’s really not the devil incarnate on race. It might not exactly be a case of God’s will be done, but for some black ministers, it’s Trump’s will, and that’s enough for them.