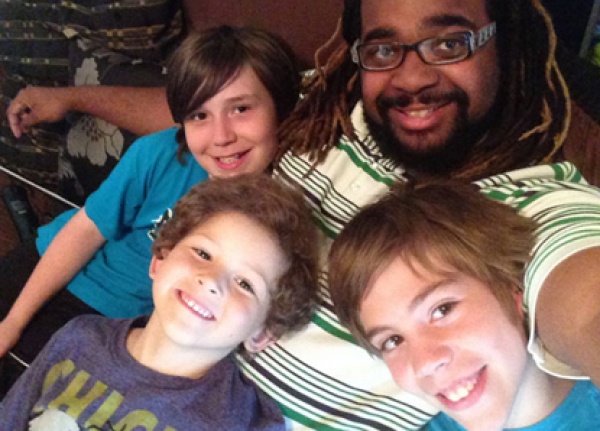 With a disproportionate number of black children in foster care and in need of adoption, onefoster-care would think that a black man looking to adopt a child would adopt a black child. For Barry Farmer, however, the choice was much deeper than skin color.

Farmer says his decision to adopt three white brothers was about love more than race. Still, the black father does get weird looks when he walks around with his white sons.

“I didn’t expect one kid, let alone three,” said the Richmond, Virginia father. “When someone calls you dad, you’re like, ‘who me?’ I just like taking care of children.”

Farmer says he became a foster parent 8 years ago because he believes every child needs a family.

“In this day in time when it comes to family, and seeing color or seeing unity and belonging, and that’s what I was hoping to accomplish with my family anyway,” Farmer said. “When I have them now I can’t imagine them anywhere else, and it’s a typical family. We may not look alike, but it’s a typical family. I just want them to be someone that I can be proud of and they can be proud of and that’s all it takes.”

“Dad was like, ‘can I be your dad forever?’ And I was like, ‘you already are.’ And that is how I came to stay here. I was in this dark spot at first and then he just comes in the picture. And everything’s all right.”

Blacks make up 13 percent of the U.S. population, but according to ChildWelfare.gov, in 2014, 42 percent of kids in foster care were white, while 24 percent were Black or African-American.