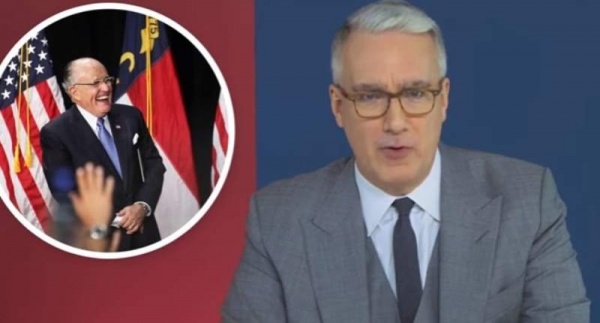 Keith Olbermann turned his attention toward Donald Trump’s “point man” regarding Hillary Clinton and her health, Rudy Giuliani, on Thursday’s edition of The Closer, pointing out that Giuliani wasn’t the subject of any political attacks after a past bout with prostate cancer.

When Giuliani had to end his 2000 campaign against Clinton because of the illness, Olbermann pointed out, Clinton called him to wish him a speedy recovery, a sharp contrast to the former New York mayor’s insistence that “videos on the Internet” should cast doubt on the Democratic nominee’s own health.

“For crying out loud, Hillary Clinton has been campaigning with pneumonia since at least last Friday, and making more sense than Donald Trump has in his entire campaign,” said Olbermann. “How’s her health? She’s frickin’ Wonder Woman.”

“I think you should go to a mirror and see if you have any journalistic credibility left,” Olbermann said. “It was pneumonia. Bad guess, Tom.”

Watch Olbermann’s commentary, as published on Wednesday, below.