Want A Baby? Just Give Your Doctor Some Skin 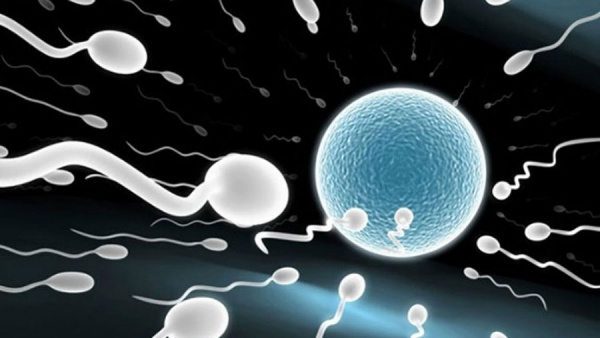 Motherless babies could be on the horizon after scientists discovered a method of creating offspring without the need for a female egg.

The landmark experiment by the University of Bath rewrites 200 years of biology teaching and could pave the way for a baby to be born from the DNA of two men.

It was always thought that only a female egg could spark the changes in a sperm required to make a baby, because an egg forms from a special kind of cell division in which just half the number of chromosomes are carried over.

"Imagine that you could take skin cells and make embryos from them. This would have all kinds of utility."Dr Tony Perry, University of Bath

Sperm cells form in the same way, so that when a sperm and egg meet they form a full genetic quota, with half our DNA coming from our mother and half from our father.

But now scientists have shown embryos could be created from cells which carry all their chromosomes which means that, in theory, any cell in the human body could be fertilised by a sperm.

Three generations of mice have already been created using the technique and are fit and healthy and now researchers are planning to test out the theory using skin cells.

Dr Tony Perry, a molecular embryologist and senior author of the study, said: “Some people say start the day with an egg, but what this paper says is that you don’t necessarily have to start development with one.

“It has been thought that only an egg cell was capable of reprogramming sperm to allow embryonic development to take place.

“Our work challenges that dogma, held since early embryologists first observed mammalian eggs in around 1827 and observed fertilisation 50 years later, that only an egg cell fertilised with a sperm cell can result in a live mammalian birth.

“We’re talking about different ways of making embryos. Imagine that you could take skin cells and make embryos from them. This would have all kinds of utility.”

For the initial experiments, scientists "tricked" an egg into developing into an embryo using special chemicals which makes the egg think it has been fertilised. Crucially the cells in an embryo copy themselves completely when they divide, and so mirror closely most other cells in the body, such as skin cells.

When scientists injected the embryos with sperm, they grew into healthy mice which went on to produce their own litters.

Although the researchers began with an egg cell for the experiment, they do not believe it is required to spark the same development. In theory, the technique should work with any cell in the body as long as half the chromosomes are removed first to allow them to fuse with the sperm’s chromosomes.

Professor Robin Lovell-Badge, group leader at The Francis Crick Institute, said: “I’m not surprised that the authors are excited about this. I think it is a very interesting paper, and a technical tour de force.

“It doesn't yet tell us how, but the paper gives a number of clear pointers.”

The technique raises the possibility that gay men, for instance, could have a child whose DNA was half of each of the couple, although a woman would still need to act as a surrogate to carry the baby.

It also raises the possibility that a man could even fertilise his own cells to produce offspring containing a mixture of genes inherited from him and his parents.

More realistically, the technique could allow women whose fertility has been wiped out by cancer drugs or radiotherapy to have their own children.

While eggs can be frozen before cancer therapy and later fertilised in an IVF clinic, currently nothing can be done once they have been lost.  It may also help women to continue having children later in life. Women are born with all their eggs and they degrade with age, which makes conception more difficult in later life. But if it was possible to fertilise a new skin cell, it could improve the chance of having a baby.

Conception using sperm and non-egg cells could also aid the preservation of endangered species, since it avoids the need to recover eggs.

In the study, 30 mouse pups were born with a success rate of 24 per cent. This compares with a 1 per cent to 2 per cent  success rate for offspring created by the Dolly the Sheep method of cloning by transferring DNA to donated eggs.

Dr Perry said that his team was planning to take the next step of attempting to produce live offspring from ordinary non-egg cells, such as skin cells.

Dr Paul Colville-Nash, from the Medical Research Council, which funded the study, said: "This is an exciting piece of research which may help us to understand more about how human life begins and what controls the viability of embryos, mechanisms which may be important in fertility.

"It may one day even have implications for how we treat infertility, though that's probably still a long way off."