Hillary Says 'Half Of Trump Supporter Are Deplorable': Is She Right? 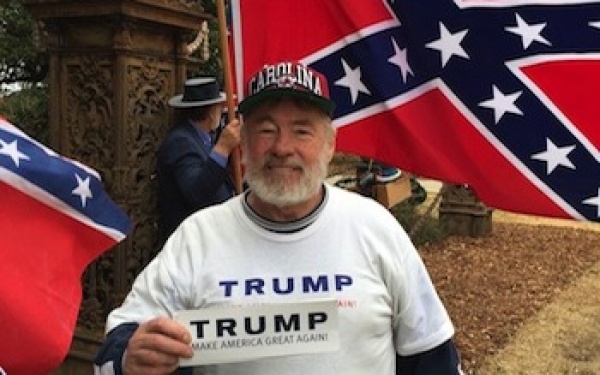 Speaking at a fundraiser in New York on Friday night, Hillary Clinton described half of opponent Donald Trump’s supporters as a “basket of deplorables,” an evocative phrase that Clinton used to describe various forms of intolerance and bigotry.

You know, just to be grossly generalistic, you could put half of Trump’s supporters into what I call the basket of deplorables. Right? The racist, sexist, homophobic, xenophobic, Islamaphobic?—?you name it. And unfortunately there are people like that. And he has lifted them up. He has given voice to their websites…He tweets and retweets their offensive hateful mean-spirited rhetoric.

Clinton went on to describe another “basket” of Trump supporters: “people who feel the government has let them down, the economy let them down, nobody cares about them.” She stressed that “[t]hose are people we have to understand and empathize with as well.”

Nevertheless, some in the media were shocked?—?shocked!?—?that Clinton would suggest even some Trump supporters are bigoted.

(Trump’s shocking statement was saying that Hillary Clinton could murder someone in front of a crowd of 20,000 people and get away with it.)

Whether Clinton’s characterization is good political strategy is a matter of opinion. There is a case to be made that no matter how abhorrent a person’s views are we should seek to understand them, if not empathize.

But whether Clinton is correct is a factual matter. Let’s look at the polling data.

A survey taken this May found that about two-thirds of Trump supporters believe Obama is a Muslim.

The same poll found 59 percent of Trump supporters believe Obama was not born in the United States.

These views are incorrect but are also racist and xenophobic. They are rooted in the idea that a black man with an atypical name could not be a U.S.-born Christian but must be a secret Muslim born in Africa.

So when Hillary Clinton says half of Trump supporters hold bigoted views, she may be understating the issue.

A national poll of 2000 people taken in January by YouGov found that one-third of Trump supporters believe the internment of Japanese Americans during World War II, one of the most shamefully racist programs in American history, was a good idea.

In the same poll, 16 percent of Trump supporters admitted they believed that “whites are a superior race,” while an additional 14 percent said they were “not sure.”

The national YouGov poll from January found that 20 percent of Trump supporters disagreed with Lincoln’s signing of the Emancipation Proclamation, which freed southern slaves.

The polling data reveals that there is a substantial number of Trump supporters that are bigoted, intolerant, or worse.

Is percentage, as Clinton suggested, about 50 percent? That depends on how you define the various forms of bigotry within the Trump coalition. But, based on the polling, Clinton appears to be more likely to be downplaying the issue than overstating it.