What Are The Fastest Growing Counties For Hispanics In The U.S? 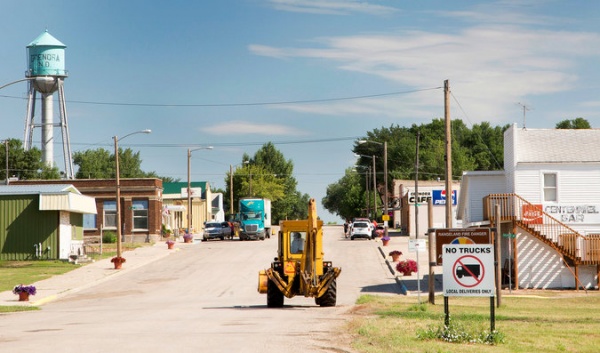 The nation's fastest-growing counties for Latinos are not in California, or Colorado, or Florida, or Nevada or Texas. Try North Dakota, Alabama and Georgia.

A new study on the growth of Hispanics across the United States highlights how they're dispersing into areas of the country where they haven't normally lived, causing a handful of rural counties far from major metropolitan areas dominated by Latinos to see huge percentage-point increases in their Hispanic populations.

The study, released Thursday afternoon by the nonpartisan Pew Research Center, found that the Hispanic population more than doubled in the last seven years in three North Dakota counties: Williams, Stark and Ward. These counties were already experiencing explosive general population growth thanks to an oil production boom that kept the state's economic growth in better shape during the Great Recession.

The report concludes -- as similar studies and government tabulations already have -- that Hispanic growth has slowed since the start of the Great Recession in 2007 due to declining immigration rates and birth rates. Despite the slowdown, Hispanics still accounted for 54 percent of the nation's overall population growth between 2000 and 2014, Pew said.

Hispanic population growth beyond states long dominated by Latinos is likely to start reshaping the political contours of rural states in the coming years. Already in an acknowledgment of the changing growth patterns, Hillary Clinton's presidential campaign has hired Latino outreach directors in Georgia, North Carolina and Pennsylvania — a first for a presidential campaign — and until this week spent most of its advertising budget targeting English-proficient Hispanics. Only this week did the campaign start airing Spanish-language ads in Florida and Nevada.

The study has one other important reminder: Most of the Hispanics dispersing across the country don't speak Spanish on a regular basis. According to Pew, 72 percent of the Hispanics moving into these fast-growing counties are "English proficient," meaning they speak only English at home, or might speak another language but speak English very well. That's higher than the national average of 68 percent, Pew said. These counties also have a higher share of U.S.-born Hispanics — not immigrants from other countries.

• The five states with the largest Hispanic populations account for 65 percent of all Hispanics in the United States. They are California (15 million); Texas (10.4 million); Florida (4.8 million); New York (3.7 million); and Illinois (2.2 million).

• New Mexico has the largest share of a state population that is Latino, 48 percent. The Land of Enchantment is trailed by California and Texas, with 39 percent each; Arizona (31 percent); and Nevada (28 percent).

• Just about everywhere, U.S.-born Hispanics outnumber Hispanics born elsewhere. But 53 percent of Hispanics in the District of Columbia were foreign-born as of 2014, and half of the Hispanic population in Maryland was also foreign-born.