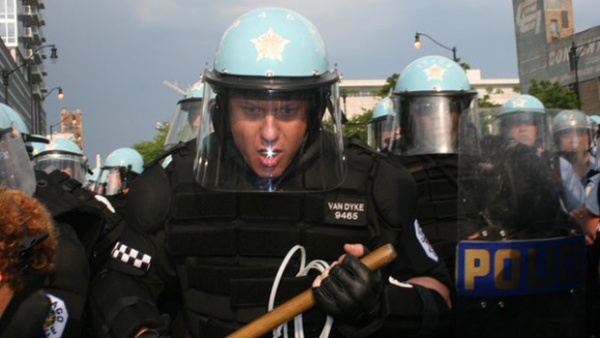 Narcotics officers executed a warrant last night at a Chicago apartment but residents of the unit say police were at the wrong place.
Around 9 p.m. Wednesday when Jamal Owens says about a dozen police officers came barreling into his second floor apartment on 55th and Winchester.

With guns drawn, they cuffed him and his stepfather Pete as their children, ages 1 to 5, looked on and cried.

Everyone was scared, he says.

The police began searching the place, pulling out vents, removing everything in the freezer and throwing bags of clothes around.

They had a warrant looking for large quantities of cannabis and were looking as stated on the warrant for someone named "Chris.”

But Jamal says no one named Chris lives there.

There's Jamal, his fiancé Carrie who moved in only two months ago, and her father Pete who is visiting from downstate.

Jamal and Pete were eventually uncuffed and police left. No cannabis was found and no arrests were made.

Today, the family wants to know how this could have happened and want to recoup losses from the damage the police left behind.