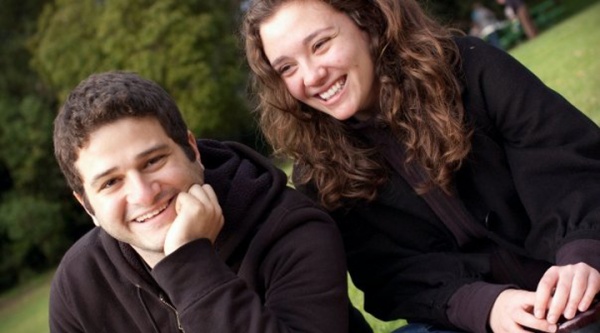 We’re committing $20M to help Democrats in the 2016 election:

Cari and I have dedicated our lives to figuring out how to do the most good we can with the resources we’ve been given. Until now, those efforts have not included making endorsements or contributions in presidential elections. Though we’ve voted for the Democratic nominee each of the times we’ve cast a ballot, we’ve considered ourselves independent thinkers who respect candidates and positions from both sides of the aisle. When we envision a well-functioning democracy, we see two strong parties that challenge each other’s thinking in their mutual passion for the greater good.

This cycle is different. The polarization in America today has yielded a race that is about much more than policies and ideas. It has become a referendum on who we want to be?—?as individuals, as a nation and as a society. Will we be driven by fear, towards tribalism, emphasizing the things that divide us? Will we focus on how to advantage those most similar to us while building barriers to separate us from the rest of the world? Or, alternatively, will we continue in the direction of increased tolerance, diversity and interdependence in the name of mutual prosperity?

We are the first generation that can choose to aim resolutely down the second path, unencumbered by fears around scarcity once considered insurmountable, and unified by global communication mediums that connect us intimately to our most distant neighbors. In this version of society, we all work together to create a thriving worldwide community.

We cannot ignore the remarkable alignment between these two visions for society and the choices in this year’s election. The Republican Party, and Donald Trump in particular, is running on a zero-sum vision, stressing a false contest between their constituency and the rest of the world. We believe their positions, especially on immigration, which purport to improve the lives of Americans, would in practice hurt citizens and noncitizens alike. In contrast, the Democratic Party, and Hillary Clinton in particular, is running on a vision of optimism, pragmatism, inclusiveness and mutual benefit.

Like many Democratic voters, we don’t support every plank of the platform, but it is clear that if Secretary Clinton wins the election, America will advance much further toward the world we hope to see. If Donald Trump wins, the country will fall backward, and become more isolated from the global community. This distinction is starkly caricatured by his #1 “policy” position: the literal building of a wall between us and our neighbor.

On the other hand, a huge part of Donald Trump’s popularity is that he serves as a voice for those in the U.S. who have been left behind as the rest of the world has enjoyed enormous progress, who feel disempowered and desperate to be heard. As a nation, we need to figure out how to bring everyone with us, and we believe the Democratic platform currently is more aligned with ensuring that happens. In comparison, Donald Trump’s promises to this group are quite possibly a deliberate con, an attempt to rally energy and support without the ability or intention to deliver. His proposals are so implausible that the nation is forced to worry that his interest in the presidency might not even extend beyond winning a contest and promoting his personal brand.

So, for the first time, we are endorsing a candidate and donating. We hope these efforts make it a little more likely that Secretary Clinton is able to pursue the agenda she’s outlined, and serve as a signal to the Republican Party that by running this kind of campaign?—?one built on fear and hostility?—?and supporting this kind of candidate, they compel people to act in response. We are not the only ones being activated so strongly during this election.

Specifically, we are committing $20M to a number of organizations. Some examples include:

The largest contributions are $5M to each of the LCV Victory Fund and For Our Future PAC.

This decision was not easy, particularly because we have reservations about anyone using large amounts of money to influence elections. That said, we believe in trying to do as much good as we can, which in this case means using the tools available to us (as they are also available to the opposition). At the same time, we are being open about the amount of funding we’re providing, even though transparency is not required in some cases.

We may be criticized by some for taking this action and there will be theories projected onto our reasons but those who know us best will see the sincerity of our intentions, and can attest that the thoughts above represent the full scope of our motivations. We offer them humbly, and with the deepest love for America, and for the world.