On The Way: A New Marijuana Breathalyzer For Impaired Drivers 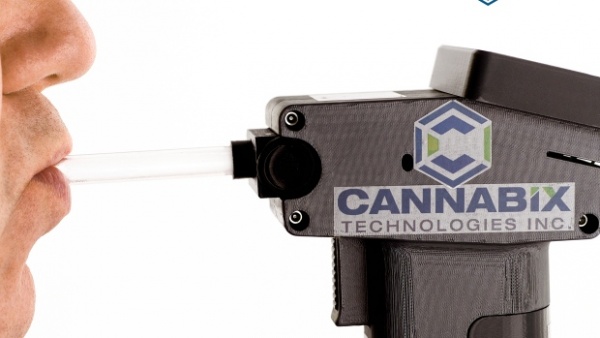 Researchers from Stanford University have developed a "potalyzer," a device that can detect levels of THC in a human to determine if a driver is too impaired to operate a motor vehicle under the influence of cannabis.

According to a press release from Stanford, the device was developed using magnetic nanotechnology, a process used previously to screen for cancer.

While breathalyzers to determine a drivers blood alcohol content are widely used today, monitoring a person's THC level, (the chemical in weed that makes you feel high) isn't as helpful to police.

Although there are a number of devices that claim to monitor the level of cannabis intoxication users, no currently available device has been able to show consistent and quick measurements for officers in the field. Currently, officers rely on The Standard Field Sobriety Test (the one where you stand on one leg, touch your nose, etc.) to determine if a driver is fit for driving.

According to Stanford, this new device not only detects the presence of THC in a person's saliva, but it also measures the level of concentration, a subject that has been debated among marijuana activists.

Some states, such as Colorado where cannabis is legal for recreational use, have set THC limits for drivers, while others have no set limits. The limit is measured in nanograms (a billionth of a gram) per milliliter of blood.

"Researchers tackling the 'potalyzer' problem have zeroed in on saliva because testing it is less invasive and because THC in saliva may correlate with impairment better than THC in urine or blood," the report explains. "The big challenge is that these spit tests may be called upon to detect superlatively tiny concentrations of THC."

The limit currently in place by certain states is typically set between 0 and 5 ng/mL, and the new device can measure between 0 and 50 ng/mL, which leaves plenty of room for potential limit increases as more research is done.

Regardless, some argue that measuring the amount of THC in someone's system does not accurately determine someone's intoxication level like an alcohol breathalyzer would.

“Typically, if you have five nanograms in a regular smoker, you probably won't see any behavioral effects,” Carl Hart, a professor of psychology and psychiatry at Columbia University told The Atlantic. “Whereas, with five nanograms in someone who’s never smoked, you might see a lot of effects.”

Additionally, a recent study from the NHTSA determined that stoned drivers are much safer than those who drive drunk. The Washington Post summarized the study by saying, "After adjusting for age, gender, race and alcohol use, drivers who tested positive for marijuana were no more likely to crash than who had not used any drugs or alcohol prior to driving."

Even the US Department of Transportation’s ‘Drug Evaluation and Classification Training’ student manual states: "Toxicology has some important limitations. One limitation is that, with the exception of alcohol, toxicology cannot produce ‘per se’ proof of impairment.”

Stanford was not immediately available to comment on how long THC can stay present in a person's saliva after consuming cannabis.