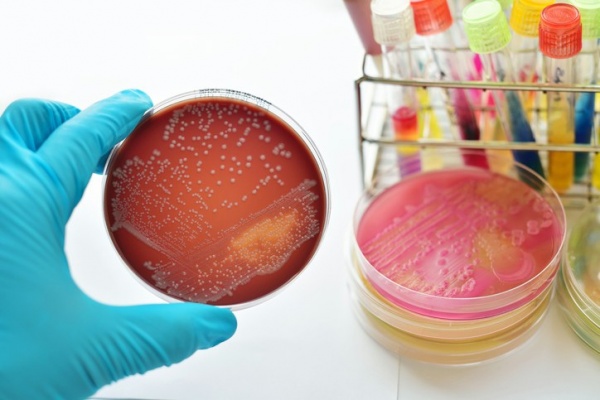 In United States, drug-resistant gonorrhea is a public health problem of national concern. But untreatable gonorrhea isn't the only STD that has health officials worried.

Gonorrhea has developed the strongest resistance to drugs, but the worries about untreatable syphilis and chlamydia come at a time when rates for the three STDs are rising rapidly in the U.S, especially among young people ages 20 to 24. According to data published by the CDC in 2014, the most recent year available: cases of chlamydia have increased 2.5 percent; gonorrhea 5.1 percent; and syphilis 15.1 percent. This is the first increase in the United States since 2006.

How worried should we be?

"STDs are hidden epidemics of enormous health and economic consequence in the United States," according to the Centers for Disease Control and Prevention.

In the US, STDs are most frequent among college-age women, the highest prevalence being among women, ages 20 to 24.

According to the CDC, there are about 820,000 new gonorrhea infections each year in the United States. In fact, gonorrhea is the second most commonly reported infectious disease, after chlamydia.

In the past, gonorrhea was successful treated by several classes of antibiotics, including the ubiquitous penicillin. Over time, however, gonorrhea has developed resistance to many of them, and now, we are down to one recommended effective class of antibiotics to treat it.

The problem doesn't end there. Gonorrhea is even starting to show decreased susceptibility to this "last line" treatment option. This makes this bacterium a multidrug-resistant organism, which are often called "superbugs".

As for chlamydia and syphilis, drug resistant strains have not become common in the US yet, but the WHO report warns that this is a growing problem in many parts of the world.

How do the superbugs spread through STDs?

Well, it starts with antibiotics. As bacteria get exposed to more and more antibiotics, they find ways to protect themselves. This is called resistance, and bacteria acquire it from small random changes in their genetic code, or DNA.

Once the resistant strain arises, every time an antibiotic is used, it will kill the bacteria without the defense mechanisms. This essentially wipes out the weaker bugs, eliminating competition and allowing the resistant ones to thrive. Using antibiotics improperly —i.e., not following a doctor's recommendations—is one of the main reasons why superbugs spread. Infections caused by these bacteria are hard and expensive to treat. This is what's happened with gonorrhea.

What do the new guidelines mean?

The WHO develops global norms and standards for STD treatment and prevention intended for health care professionals. The new guidelines give specific recommendations for the treatment of three common STDs, including gonorrhea. They also highlight the importance of taking prompt action. They urge public health and medical communities to work together to monitor antibiotic resistance and develop new treatment options. The WHO states that resistant bugs make "prevention and prompt treatment critical."

Are other treatments possible?

The fact that we're down to one effective class of antibiotics to treat gonorrhea is concerning. Because research to develop new drugs and bring them to the market takes several years, the most important thing we can do now is prevention.

What if I get an untreatable STD?

As of today, the current recommended treatment for gonorrhea is dual therapy, or using two drugs—a single shot of ceftriaxone and oral azithromycin. This will effectively stop the infection. No treatment failures using this regimen have been reported in the US yet, and this is being closely monitored.

Effective treatment for chlamydia and syphilis has not changed and no resistance has been reported yet in the US.

Getting an STD is not the end. Many STDs are curable and all are treatable. If either you or your partner is infected with an STD, both of you need to start treatment immediately to avoid getting re-infected.

How can untreatable STDs be prevented?

Anyone who is sexually active can get an STD.

That said, STDs are preventable and there are steps you can take to keep yourself and your partner healthy. Remember that protecting your health is your responsibility: