President Orders Gun Control, But Who's Controlling Cops With Guns 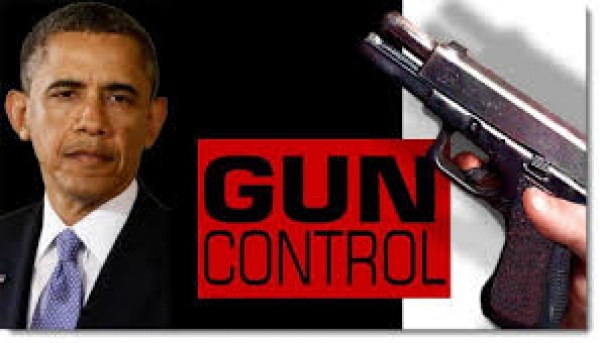 Date Posted: Wednesday, January 6th, 2016
With tears streaming down his cheeks, President Obama gave his emotional impassioned executive order to confront gun violence in America. The President held a special news conference to detail the outline of his executive order for gun control.

The President also said, “We know we can’t stop every act of violence, every act of evil in the world. But maybe we could try to stop one act of evil, one act of violence.” Flanked by supporters like Mark Barden whose son was killed in the massacre at Sandy Hook Elementary School in Connecticut, President Obama at one point couldn’t hold back the tears when referring to children killed by gunmen.

The country has spent practically its entire history careering towards this pivotal moment in time when gun violence meets the tough end of legislation. In just the last four or five years alone, the country has been out of control with gun violence that’s lead to mass shootings claiming hundreds of innocent lives.

And the list goes on. But the list that has pushed the entire country into an emotional, frightened frenzy has left off some pertinent information. Yes, the U-S has a staggering number of deaths due to gun violence–an estimated 30,000 a year by some accounts. And also to consider, the victims who died from police gunfire. Last year, 1000 people were shot and killed by police last year according to guardian.com. (You can read the original story from the Guardian in the News/Crime section of Moorenews.net.)

No disrespect to President Obama but an executive order isn’t going to prevent another Tamir Rice, Walter Scott or the other 99 unarmed Blacks killed by police in 2015 according to numbers comprised by mappingpoliceviolence.org. The site says only 8 of the 101 cases of Black people being killed by police resulted in the officer or officers involved being charged with a crime. Perhaps we need an executive order that controls how police officers have been seemingly using Blacks for target practice in recent years. At the very least, the President may need to issue an order that patterns Great Britain’s “British Bobby” policy where officers police “by respect and consent rather than at the point of a gun.“

Gun control is needed, but everybody with a gun should be controlled whether they are a burglar or a badge carrying police office. What do you think of the President’s issuance of an executive order on gun control? (Post a comment below.)