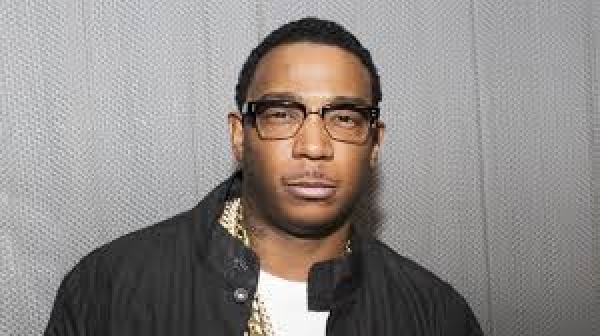 Speaking with VladTV about his much-publicized beef with 50 Cent, Ja Rule explained his side of an infamous chain snatching incident and clarified that the G-Unit founder “had nothing to do with it.”

“He’s good at what he does,” Ja Rule said of 50 Cent early in the interview. “He tells stories. I call him MC Gusto, you ever seen CB4? That’s who he is in real life to me.”

Addressing an incident in which an acquaintance robbed him for his chain at gunpoint after a personal misunderstanding, Ja Rule claimed that 50 Cent co-opted the story for his own narrative.

“It had nothing to do with music, Hip Hop, Rap, none of that,” Ja Rule said before admitting that he gave up the chain when a gun was pointed at him. “Of course, I said, ‘Yeah, take it.' Nigga got a gun on you. Nigga with a gun is the winner. Hands down. The guy with the gun won. ‘Take that, hold on to that.’

“Anyway, so I guess the story got back in the hood and so 50 used that as his end, to have something to say about me,” he continued. “But it had nothing to with him. I didn’t even know you know this dude. His story is, ‘I seen him with Troy out and about and I got mad at him.’ Nigga you had nothing to do with it, why would I get mad at the guy next to the guy? His stories just don’t add up, they don’t make sense. But to an outside source, looking in listening, people don’t know what to believe.”

Ja expanded on his side and generalized about 50, saying, “he’s crossed every###that he’s ever fucked with.”

“This is the truth of what happened in that situation: He took the story and used the story to whatever,” the “Wonderful” emcee said. “It’s just crazy. When I look and I listen to all these crazy stories that he tells, it’s like, people actually believe this shit. This is crazy. It is what it is. I said today I wasn’t gonna talk about this dude because I hate the fact that every time I do an interview, he has to get brought up in my interview. Or vice versa. I hate that we’re connected in that way. Really, we really have nothing in common other than we’re from the same neighborhood. That’s the only thing we really have in common. We’re two different people. I’m a stand-up nigga. He’s not. That’s really the basis of who we are. But people, when you look at him on the whole, you realize that he’s crossed every###that he’s ever fucked with. Everybody that’s ever gave him a helping hand, he’s found a way to backstab these people. From Em, to Dre, to Floyd. Everybody that fucked with him, he’s found a way to be a backstabber and fucked up###to them. Which I think is a testament to who he is.”

During the interview Ja also retold a story about a chance encounter with 50 Cent in the first-class section of a flight and disputed 50’s retelling of the story.