Opinion: Law-and-order Republicans Like Hawley Need to Impose Law And Order On Trump 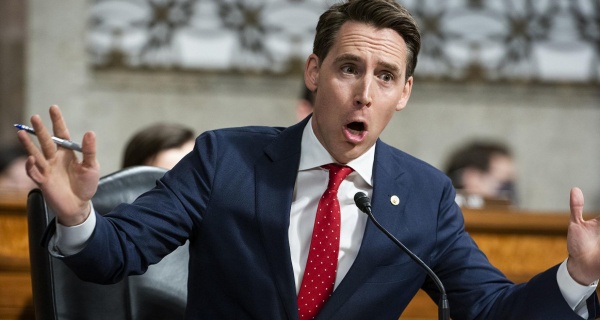 The impeachment matter before the U.S. Senate should have been boiled down to a single question: Did Donald Trump abide by his oath of office between the Nov. 3 presidential election and the Capitol Hill insurrection on Jan. 6? Missouri’s two Republican senators, Roy Blunt and Josh Hawley, seem confused on this point, diverting the argument to whether impeaching Trump after he’s left office violates the Constitution instead of focusing on the far-more blatant constitutional violations the world knows Trump committed.

The Senate impeachment trial of Trump will start next week despite efforts by Blunt, Hawley, and 43 other Republicans to stop it. But there’s still time for them to switch gears and fulfill their sworn oath to impartially weigh Trump’s guilt or innocence. There is no way to credibly argue that Trump protected and defended the Constitution when video evidence shows him directing a mob to storm the Capitol and interrupt constitutionally mandated proceedings to certify the Electoral College result.

At the Jan. 6 rally on the National Mall, Trump repeatedly urged followers to “fight” what he called “bad people” inside the Capitol performing their constitutional duty. He told the crowd, “When you catch somebody in a fraud, you are allowed to go by very different rules” to stop them. He disparaged Vice President Mike Pence, who was presiding over the joint House-Senate certification session at the time, suggesting Pence didn’t have the courage to interfere on Trump’s behalf.

“You don’t concede when there’s theft involved. … We will stop the steal,” Trump said. “We can’t let that happen ...,” he said of Joe Biden’s election certification. “We fight like hell, and if you don’t fight like hell, you’re not going to have a country anymore.”

No wonder members of that crowd then marched to the Capitol, broke windows, and entered yelling, “Hang Mike Pence!” Their president directed them on this course, as several arrested protesters stated afterward.

The insurrectionists obviously were dangerous and violent. Some came dressed in tactical gear, carrying zip-tie handcuffs. Five people died in the chaos as Capitol police struggled to hold protesters at bay.

The entire GOP campaign last year revolved around the theme of law and order. In a Fox News interview on Aug. 27, Hawley invoked that theme in reference to the Black Lives Matter protests while declaring that “we’re going to protect the American people. It’s the first job of the American government. … Any elected official who has law enforcement responsibility and won’t do it needs to resign.”

The American people came under attack on Jan. 6. The Republican president refused to protect them. The sole responsibility left to Hawley and his colleagues is to enforce the law and bring Trump to justice. Because any elected official who has law enforcement responsibility and won’t do it needs to resign.