Opinion: PIERS MORGAN- Donald Trump's Dying Presidency Is Crashing and Burning In A Reckless, Chaotic, Dangerous, Earth-Scorching Ball Of Fire – Because He Fears The American People Are About to Tell Him: ‘YOU’RE FIRED!’ 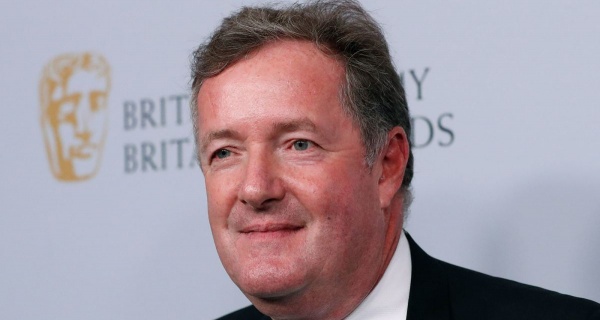 The man who devotes every second of his waking life to the obsessive pursuit of winning is staring down the barrel of an election loss in four weeks that could be a total blow-out.

And the network's poll of polls puts Biden's lead at 11 points.

He's draining support from seniors and women in a particularly alarming fashion and if things get much worse, Trump could even end up being the new Walter Mondale, who was obliterated in 49 out of 50 states by Ronald Reagan in the 1984 election.

Of course, Trump was trailing badly in the polls before the 2016 election too.

Then, I felt the polls were wrong.

I was filming down in Texas and Florida at the time and could sense the Trump Train was steaming powerfully towards the White House, so repeatedly predicted a shock win.

But this feels different.

Trump's not the renegade outsider now, promising to smash everything up and 'Make America Great Again.'

He's the incumbent President who's smashed everything up… and made America a lot worse.

The country is ravaged by coronavirus, suffering by far the worst death toll in the world and now experiencing a scary second wave in many states that threatens to send the current number of 210,000 fatalities much higher.

It's also been crippled by a devastating collapse in the US economy and jobs.

The combined effect of all this is that America is on its knees and desperate for someone, anyone to save and revive them.

But President Trump's singularly failed to be that person.

He's never taken Covid-19 seriously – constantly downplaying its threat and encouraging a shockingly casual disregard among his staff and supporters for masks, social distancing, and other restrictive measures essential for suppressing the virus.

Inevitably, this woefully complacent attitude has now resulted in the President and numerous members of his White House team catching it turning the epicenter of American power into a virtual COVID-colony.

But even that hasn't stopped him from continuing to treat the whole thing with shocking flippancy – including performing pathetic joyrides to wave to fans outside the hospital and ripping off his mask on the White House balcony, so he could pose like some 'tough-guy' dictator.

Trump's reprehensibly irresponsible chest-beating 'I beat COVID and so can you!' response to catching this killer disease will mean millions of Americans view it in the same dismissive way, and that will cost lives.

His reckless disregard for the truth about this virus us is so bad that Facebook had to delete a post yesterday in which Trump claimed Covid-19 was 'less lethal' than the flu, saying the US had 'learned to live with' flu season, 'just like we are learning to live with COVID, in most populations far less lethal!!!'

This is completely untrue.

The coronavirus is far more deadly and virulent than the normal flu.

In fact, COVID has killed more Americans in a few months this year than flu killed in the past five years combined.

'We remove incorrect information about the severity of Covid-19,' Facebook said, 'and have now removed this post.'

Twitter hid the same tweet from view, with the warning that it was 'spreading misleading and potentially harmful information.'

Undeterred, last night Trump made things even worse by suddenly announcing he was cutting off COVID relief talks with the Democrats until after the election, sparking a meltdown on the financial markets and widespread anxiety among hundreds of millions of Americans who are desperate for help.

Some medical experts suggested all this erratic mayhem was driven by the fact Trump's on strong steroids to combat the virus, causing him to lash out in a form of 'roid-rage'.

But I think it's more to do with him realizing he's losing bigly in the election race, and there's very little time left for him to change voters' minds. So, he's furiously reverting to desperate tactics.

It's increasingly felt like Trump thinks he's in a particularly explosive episode of the Apprentice where the more chaos, drama and outrageous behavior, the better his ratings will be.

This, after all, was how he won the presidency in the first place; ensuring he hoovered up all the media oxygen with endless headline-grabbing stunts and pronouncements.

But it's now having the opposite effect.

The more outrageously he behaves, the worse his numbers are getting.

I think most Americans are just exhausted by Trump and the constant maelstrom that he revels in fuelling.

They're consumed with fear and worry about their lives and livelihoods - and want leadership that can give them hope for a calmer, better future.

Instead, they've got a raging maniac of a leader, infected with coronavirus and flying on steroids, setting the country on fire.

Fortunately, they may only have to endure 27 more days of this destructive carnage.

Trump can huff, and puff, and try to blow the whole damn house down in the mother of all scorched earth policies but his situation more and more resembles the endgame in Wagner's iconic Gotterdammerung opera which results in the blazing, catastrophic downfall of a godly regime so the world and humanity can be reborn.

Trump's no god, but he thinks he is.

I'm reminded of what he told me about success.

'You gotta win,' he said. 'That's what it's all about. Muhammad Ali used to talk and talk, but he won. If you talk and talk but lose, the act doesn't play.'

The President is currently talking and talking - but losing.

And the act isn't playing.

If he loses this election, as seems increasingly likely, he'll doubtless blame everything from Covid and China to mail-in voting corruption.

But the reality is he'll have brought it all himself with his supremely selfish, narcissistic, empathy-devoid, incessantly inflammatory antics during the most difficult year most Americans have ever endured.

And that's why the American people are heading towards delivering the words he least wants to hear: 'President Trump – YOU'RE FIRED.'