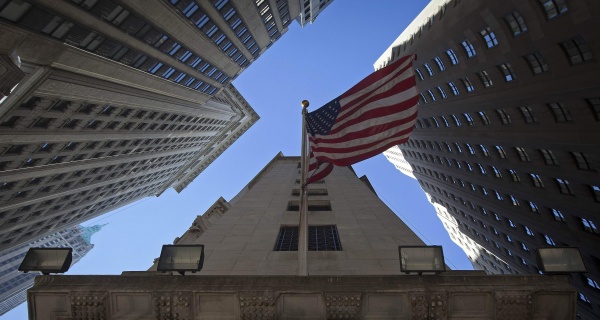 The economist’s doctrine has warped our understanding about the people an economy is supposed to serve.

In the summer of 1982, when I was 29, I was given a front-row seat as Milton Friedman’s famous dictum began to be put into practice.

I had recently joined the staff of Texas Monthly, where my first assignment was to profile a man I’d never heard of, T. Boone Pickens Jr., the founder and chief executive officer of Mesa Petroleum in Amarillo, Texas. My timing was spectacular: Pickens was secretly preparing his first hostile takeover attempt. Soon after I embarked on the story, his takeover bid became public, at which point he invited me to New York to sit in his hotel suite and watch him try to pull it off.

Not surprisingly, I became caught up in the excitement of the hostile bid, which was full of dramatic twists and turns. A business newbie, I also absorbed the doctrine that was its rationale. It was Friedman’s dictum, the one he had laid out 50 years ago in the New York Times Magazine: The responsibility of corporate executives, he wrote, “is to conduct the business in accordance with [shareholders’] desires, which generally will be to make as much money as possible ... .” 1 The idea that businesses had social responsibilities, he added, was deeply wrongheaded.

In academia, Michael Jensen was the most prominent carrier of the Friedman torch; the landmark 1976 paper he wrote with William Meckling, 2 Theory of the Firm, argued that executives spent too much time thinking about “the physical appointments of the office, the attractiveness of the office staff, the level of employee discipline, the kind and amount of charitable contributions” and not nearly enough time thinking about maximizing profits for shareholders. CEOs needed to start aligning their interests with those of shareholders, Jensen and Meckling wrote.

Out in the field, if we can call it that, men like Pickens, Carl Icahn, Ron Perelman, and a few dozen others — corporate raiders, they were labeled — used this same argument to justify their hostile takeover attempts. In his suite that summer, Pickens never tired of telling me (and anyone else within hearing distance) how the shareholders owned the company, how the sole job of a CEO was to make money for shareholders, and how terrible it was that CEOs owned so little stock in their own companies.

Although corporate executives resisted the raiders at first, they eventually came around, especially once they realized that stock options could make them rich if the company’s share price rose. (And since this was the 1980s bull market, stocks did pretty much nothing else.) Once it went mainstream, Friedman’s doctrine became known as “maximizing shareholder value.”

It wasn’t just CEOs who started to preach shareholder value — so did everyone else in the business world. Wall Street became extremely impatient if a company spent “too much” on research and development, or if it failed to lay off workers quickly enough during any kind of downturn. Newly minted MBAs wanted to work for jazzy companies with fast-rising stocks. When I was at Fortune magazine in the late 1990s, our favorite CEO coverboys were those who combined managerial skill with eye-popping stocks, like Roberto Goizueta at Coca-Cola Co. and Jack Welch at General Electric. It always bothered me that CEOs were now making such incredible sums — and that the gap between their compensation and that of the average worker was getting wider by the year. But aside from that, I drank the Kool-Aid, too.

In his book “Transaction Man,” Nicholas Lemann notes that around the turn of the century, Jensen began to doubt that shareholder value was the panacea he had once thought it to be. Among the events that shook his faith were the scandals that rocked the country in the early 2000s: “the collapse of such companies as Enron, WorldCom, and Nortel, which had used fraudulent accounting to make themselves look far more successful than they were.”

That’s when I began to change my mind, too. Enron executives were obsessed with the company’s stock price — they were all big shareholders, after all — and did whatever they needed to beat Wall Street’s quarterly expectations. Their moves included posting profits that never existed and using an off-balance-sheet special purpose entity secretly controlled by the company’s chief financial officer to manipulate earnings, all in the name of maximizing shareholder value.

As income inequality became a more obvious problem, so did the realization that at least some of it — and maybe a lot of it — could be attributed to maximizing shareholder value. It wasn’t just that CEOs were getting richer; it was also that employees were getting poorer. There were large corporations — healthy companies that made a lot of money — that paid its lowest level employees so little they needed government assistance. How did it make sense to reward shareholders at the expense of employees?

Pharmaceutical companies had long had a culture of indifference toward the stock market. But the 1990s ushered in the era of blockbuster drugs, and Big Pharma became as caught up in shareholder value as most other sectors. The result was the unstoppable rise in drug prices that have made drugs unaffordable to many patients who need them.

“Maximizing shareholder value has meant doing whatever is necessary to boost the share price this quarter and the next,” the Washington Post columnist Steven Pearlstein wrote last year. He continued:

Over the years, it has been used to justify bamboozling customers, squeezing workers and suppliers, avoiding taxes, and lavishing stock options on executives. Most of what people find so distasteful about American capitalism — the ruthlessness, the greed, the inequality — has its roots in this misguided notion about what business is all about.

In 1997, the Business Roundtable, embracing Friedman, put out a mission statement saying that “maximizing value for shareholders” should be the sole purpose of a corporation. Last year, it issued a new mission statement.

“While each of our individual companies serves its own corporate purpose, we share a fundamental commitment to all of our stakeholders,” the business lobby said. Stakeholders included not only shareholders but also employees, customers, and communities. “We commit to deliver value to all of them, for the future success of our companies, our communities, and our country.”

We’re in a pandemic now. Millions of Americans are out of work. Tens of thousands of small businesses have closed. Millions more Americans are trying to work from home while juggling child care and remote learning. One would be hard-pressed to think of a time when quarterly profits ought to matter less. What does it matter if the stock price is up or down if we are on the precipice of a depression? Who cares if a company beat its quarterly estimates?

Yet big companies like Ford, Coke, and AT&T are laying off workers, exacerbating the country’s pain. It appears that companies aren’t yet ready to embrace the Business Roundtable’s message, not even during a terrible time such as the one we’re in now. Old habits die hard.

I have asked the question before, but it’s worth asking again: What is an economy for? It’s not simply to shovel profits to shareholders. The purpose of an economy is to allow people to prosper. In the end, Friedman’s doctrine has warped our understanding about the people an economy is supposed to serve. It’s not just shareholders. It’s all of us.

2). Both men taught at the University of Rochester’s Graduate School of Management.

This column does not necessarily reflect the opinion of the editorial board or Bloomberg LP and its owners.