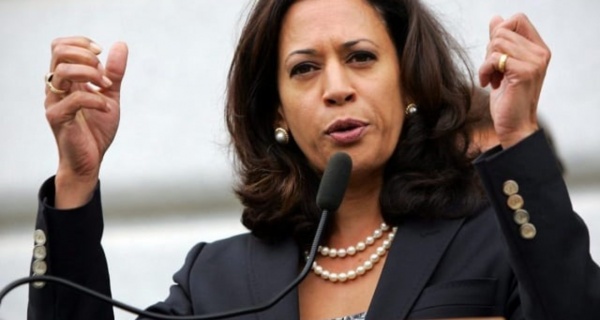 It is a measure of these extraordinary times that Joe Biden's historic choice for vice president was also the most conventional.

In choosing Kamala Harris, Biden selected the candidate who had been the frontrunner among political handicappers and betting markets for months. The senator from California fulfills Biden's pledge to name a woman and responds to the expectation that he would pick the first woman of color ever to serve on a national ticket.

Pressure to make such a choice has been building since the killing of George Floyd under the knee of a Minneapolis police officer triggered nationwide protests over racial inequity. And beyond the historic nature of Harris' selection, many supporters argued that the presence of a person of color on the ticket was necessary to motivate Black voters. Tepid turnout by Black voters in 2016 helped doom, Hillary Clinton, in her race against Donald Trump.

Harris is a charismatic and telegenic politician. And as a US senator and recent presidential candidate, Harris also meets another important test for Biden. People familiar with research the campaign undertook to inform its decision told me voters viewed her as among the most qualified to be president on Day One -- a key positive, given Biden's status as potentially the oldest politician to ever serve as president.

She is also familiar with the maelstrom of a national campaign, having spent a year running for president, albeit unsuccessfully. Though she was at times less than sure-footed in dealing with incoming criticism from the media and opponents, she understands the pace and nature of it, which will only intensify in a fall race against Trump.

One of the principal tasks of a running mate is to play a lead role in bringing the case against the other ticket, particularly in the vice-presidential debate.

A former prosecutor, Harris is known as a fierce interrogator on Capitol Hill and proved herself, at times, to be a sharp-edged debater during the campaign. Biden knows this well. He famously was her target in the first primary debate 14 months ago, when she theatrically confronted him over his position on mandatory school busing in the 1970s.

That exchange, in which Harris played up her own experience as a child who benefited from busing, briefly vaulted her to the top echelon of candidates in polling. It also was a source of friction with Biden and his family that could have upended his choice.

In the end, Biden seriously considered others but returned to Harris as the "do no harm" candidate, unlikely to thrill or outrage many. She may not seem the most comfortable fit as a governing partner, a quality Biden said he was seeking, but Harris was viewed as the safest pick to win in November.

By naming her, Biden likely also has set the dynamics for the 2024 election, not just the current one. The former Vice President has not said he would stand down after one term, though given the fact that he would be 81 by the next election, it is widely assumed he would not run.

This also will place Harris in not only an historic but a historically challenging position if the Biden-Harris ticket wins. She immediately would be installed as heir apparent and putative frontrunner for the Democratic presidential nomination four years from now.

That means she would become an immediate target for Republicans seeking to inflict political damage on the standard-bearer they may face on the ballot in 2024. It also would challenge her to balance the roles of loyal and supportive vice president and candidate-in-waiting.

Balancing these pressures would be a challenge for anyone who assumed the number two spot under these unique circumstances, but perhaps even more so for Harris, 55, who already has sought the presidency and is presumed to still harbor that goal.

Others Biden considered may have fit more comfortably into partnership with him.

He reportedly clicked well with Gov. Gretchen Whitmer of Michigan, but she would not have fulfilled the desire of those who prioritized a candidate of color.

Whitmer, a White moderate pick, also would have raised questions among supporters of progressive champion Massachusetts Sen. Elizabeth Warren, widely viewed after a lifetime of advocacy and a strong campaign for president as a tough, brilliant and capable policymaker. But some also saw Warren as the most polarizing of the potential candidates, who would have been offered by Trump as evidence that the moderate Biden is merely a Trojan Horse for the left.

California Rep. Karen Bass, the widely respected chair of the Congressional Black Caucus, emerged late in the process as the favorite of some on Biden's team and Democratic leaders in Congress. But she was damaged by reporting on her past positions on Cuba, which some Florida Democrats warned could cost Biden that most important battleground state.

Susan Rice was well known to Biden from her role as President Barack Obama's national security adviser, which gave her perhaps the deepest insight into the demands of the presidency. But she has never run for office before and her choice, they feared, would have revived attacks on her handling of Benghazi, which could have been a distraction.

Sen. Tammy Duckworth of Illinois, a valiant Iraq war veteran, also rose in the process. But some feared Duckworth's birth to a Thai mother and American father, and her childhood in Thailand and Indonesia, would spark a new round of unwarranted birtherism attacks, another needless distraction.

Harris has been publicly vetted, at least partially, through her race for the White House. And while Biden may have questions about how she would operate as vice president, he also knows that it will be a moot point if he isn't elected.

In making his choice, Biden signaled that he is focused like a laser on November, and he views Harris as the best bet to win.