Opinion: Don't Let Trump Distract Us From The Real Threat Of His Presidency 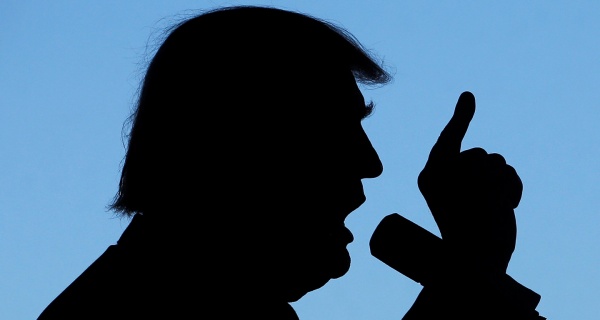 President Trump’s tweet this week suggesting that the November election should be delayed revealed two things: 1) that Trump is worried that Americans disapprove of his handling of the coronavirus pandemic; and 2) that the Trump administration may try to make mail-in ballots as hard as possible for voters to use securely.

On the first point, Trump has a habit of floating ridiculous and disturbing ideas to distract the media and public away from whatever crisis he’s gotten the country in most recently.

Just this week, Trump presided over the tragic milestone of 150,000 American deaths from COVID-19, a historic contraction of the U.S. economy during the second quarter and a news conference in which he continued to deliver falsehoods about COVID-19, suggesting that young people are “almost immune” from this disease. (They are not.)

Trump’s standing in the polls continues to plummet. He trails presumptive Democratic presidential nominee Joe Biden anywhere from 7 to 15 points nationally and, more importantly, is down in several key states that he won in 2016.

When Trump is in a bind, his instinct is to distract. He knows that no matter how crazy he sounds, his actions, words and tweets will be covered by the national media because he is the commander in chief. As such, he will throw out the most ridiculous notions that will assuredly get attention, which means that for a moment or a news cycle, the focus will be diverted away from his incompetence in the face of a global pandemic or his horrible standing in the polls in the midst of a difficult reelection.

On the second point, while the president of the United States cannot change the date of the election – only Congress can do that, but never has, even during world wars or the Great Depression – Trump is sowing doubt about the results of an election he looks increasingly likely to lose.

Trump’s tweet followed musings that he may not accept the election results. But the idea that perhaps the election should be postponed was too much even for many of his Republican supporters.

Sens. Mitch McConnell (R-Ky.) and Lindsay Graham (R-S.C.) and Rep. Kevin McCarthy (R-Calif.) pushed back on this notion, as did conservative Steven Calabresi, a Federalist Society co-founder, who wrote in a New York Times op-ed that the idea was “fascistic” and “grounds for the president’s immediate impeachment.”

But there is a deeper, more concerning problem with what Trump tweeted. It is not the first time he has slammed mail-in voting. Since late March, Trump has attacked mail-in voting nearly 70 times in tweets, interviews and remarks, including at least 17 times this month, according to a tally by the Washington Post.

The more Trump realizes voters may prefer to vote by mail this November to stay safe during the pandemic, the more he deliberately tries to undermine public faith in the election results, especially among his base voters. There are reports that Trump supporters in Michigan have burned their applications for absentee ballots.

We already know that Trump believes mail-in ballots will hurt Republicans and help Democrats. He said so in a tweet.

As we end another tumultuous week in which the country buried the legendary civil rights icon and voting-rights warrior Rep. John Lewis (D-Ga.), let us not be distracted by wild and crazy tweets by a president who is a master of changing the subject. We need to continue to fight for mail-in ballots in every state, so that every eligible voter can cast their vote safely and have faith that it will be counted.

This is what Trump fears most. He knows that more voters mean his chances of reelection decrease. America, let us make it so.