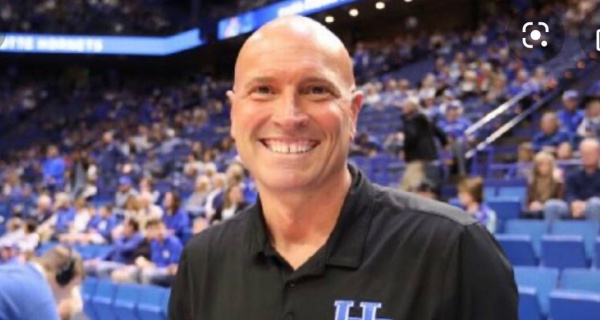 I had the same reaction to George Floyd’s murder as any decent human being would. I was sick, I was sad, and I was angry as hell. Days later, none of those feelings have gone away. And if you’re black, I have to believe they never do. I feel nearly broken. Racism is a developmental deficiency.

I have so many black friends and have from a very young age. I’m fortunate. But I’m sad for my lifelong friends, teammates, their children, and their families. I’m also sad for our country — and I’m motivated.

When you demean and denigrate NFL players for peacefully protesting systemic racism and police brutality on the same day you praise NASCAR fans over the anthem — you know what you’re doing. This has been happening for generations and acutely so for the past 3+ years. And here we are. You can’t stir up a storm and then be surprised when it rains.

Do you think the NFL players don’t have relatives who’ve fought and died for our country in the US armed services? It was never about the anthem. Ever. It was about the injustice.

I never understood why my dating habits were such a difficult topic for people when I was younger. It made no sense to me. I grew up listening to hip-hop. My upbringing was infused with black culture. Black athletes and entertainers were emulated all around me — so why was I discouraged from dating or loving a woman of color? Why is that?

I went to parties in the suburbs “country” where I grew up as a teenager in a town of about 50,000 people. I also went to those same parties in the projects. Because I came up in both places. And in both locations, underage kids were drinking, smoking weed, basically just behaving like teenagers. But I’ll give it to you straight: When the cops pull up to a bonfire out in the country, the kids don’t move a muscle. Because they all know nobody is going to jail. When your parents likely know the sheriff, the prosecutor or the judge, your mom and dad get called. You get in “trouble” at home. On the other hand, when cops pull up to a party in the projects, people run and scatter because they know they’re going to jail. They know they’re getting fined, beat-up, or even shot. I saw that difference first hand.

Since I was a teenager, I’ve been pulled overriding to practices, games, planes, etc. with black teammates driving too many times to count. And let me just say without being too descriptive — it’s a way different experience than being pulled over in a car full of white people. You might even call it terrifying. I don’t have to give my kids special instructions for when they’re pulled over. Because they’re white. My black friends all have to drill their kids on what to do and say when pulled over. Why is that?

The murder of George Floyd on the street in Minneapolis isn’t an isolated incident. Black people in America know their lives mean less to authorities than the lives of white people. How do they know that? They’ve seen it with their own eyes year after year, within their communities and families. And we do too. The statistics only back up what we see.

Black people also saw the reaction when they made the simple but powerful declaration that Black Lives Matter. The anger you’re seeing isn’t new. And it shouldn’t have taken this country by surprise. Monday another black man was shot and killed by authorities right here in Louisville, Kentucky. His name was David McAtee. And it’s not getting nearly the attention George Floyd did. How many people know the name, Breonna Taylor? Very few did — until George Floyd was murdered. How is this possible? Why is that?

Dwane Casey is a thoughtful man who knows what he’s talking about, and If you haven’t heard his thoughts in recent days I would encourage you to read them — and actually hear what he is saying. I’ve been fortunate to know Dwane since I was 12. He’s literally my homeboy. We’re both western Kentucky kids. Owensboro and Morganfield, Ky., respectively. He coached me in college and helped me negotiate a delicate social landscape. I love the man. More every day.

Dwane is right — that seeing each other, listening to each other, learning from each other is how this nightmare finally becomes the American dream. But that’s also what “To Kill a Mockingbird” was about, and it was written 60 years ago, so it’s a lesson this country clearly has trouble learning. Maybe it’s a lesson we don’t want to learn.

My parents are great, but they aren’t perfect. They raised my younger sister and me not to see color. We’ve tried our best. But I don’t like the term “color-blind” because, to me, it suggests being blind to the pain black people are feeling. I’ve seen a lot of the injustices my black friends have had to endure. Things I don’t have to worry about. It has taught me about some of their pain and about my privilege. So no, I’m not color blind. My eyes are open. I see color, and I see the injustice, double standards and heartbreaking bigotry that come with it.

Acknowledging systemic racism would be a start. But for many Americans — and politicians — that’s a bridge too far. I still believe we’re better than this.

My friend Wes Unseld passed away today. He taught me a lot about life. This is for Wes and all of my friends and family. June 2, 2020.

Rex Chapman is a former UK and NBA basketball player who is now a dad and an NCAA & NBA analyst.