Opinion: How Trump Haunts The Dead: Our Terrible President’s Awful Habit Of Attacking People Who Can’t Defend Themselves 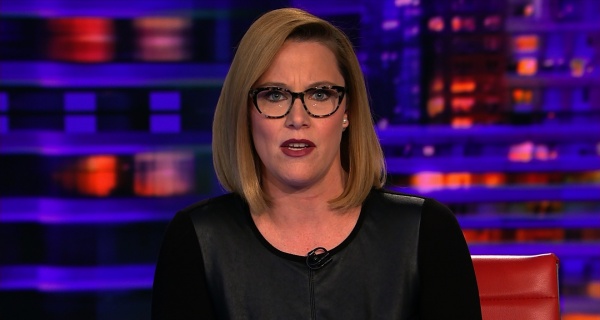 “Punch up, not down.” Whether in comedy or politics, the consensus precept has provided helpful parameters in which to acceptably swing at rivals or targets. The idea is, pick on someone your own size.

I can think of no better — meaning worse — example of punching down than one of the most powerful men on the planet picking on the dead and harassing their surviving family members in the process. Even someone with just a modicum of decency and awareness of social mores would know better than to drag the deceased and their relatives through the muck for no good reason at all.

The president of the United States has neither decency nor awareness, quite obviously. In the midst of a global pandemic that has nearly claimed 100,000 American lives, and over Memorial Day weekend, when we’re meant to soberly honor our fallen soldiers, Donald Trump was tweeting deranged conspiracy theories about a cable news host and his former staffer.

The incident Trump keeps referring to occurred almost 20 years ago. Former Rep. Joe Scarborough’s staffer Lori Klausutis, 28 years old at the time, fainted, the result of a heart condition, hit her head on an office desk, and was found dead. Scarborough was in another state at the time, and medical examiners ruled the death an accident. Still, Trump has resurrected the case to baselessly smear Scarborough with no regard to the pain it is causing Klausutis’ family.

Her widow, Timothy, wrote a heart-wrenching letter to Twitter head Jack Dorsey, begging him to remove Trump’s disgusting tweets. “I’m asking you to intervene in this instance because the President of the United States has taken something that does not belong to him — the memory of my dead wife — and perverted it for perceived political gain.”

It’s hard to imagine why Trump thinks his impolitic conspiracy theories would gain him anything politically or otherwise, or who would think this was a good idea. Republican Rep. Adam Kinzinger, took to Twitter to discourage the attacks: “Completely unfounded conspiracy. Just stop. Stop spreading it, stop creating paranoia. It will destroy us.”

As we’ve seen in the past few months, Trump’s behavior has become more and more erratic, unbalanced, unhinged and self-sabotaging. This is just the latest evidence that he’s not thinking clearly.

But as alarming as his recent actions have been — suggesting we inject disinfectants to stave off coronavirus, endangering his own health by taking ill-advised drugs and refusing basic precautions like mask-wearing just to own the press — dragging the dead and gut-punching their families is, sadly and inexplicably, one of the president’s go-to moves.

In the wake of the murder of a DNC staffer, Seth Rich, in 2016, Trump retweeted unfounded conspiracy theories about his death even as Rich’s family condemned them and asked Fox News to stop promoting them.

Months after Democratic Rep. John Dingell died at 92, Trump joked at a rally in Dingell’s home state of Michigan that he might be “looking up” on the crowd — implying he was in hell, not heaven.

And of course, during the 2016 campaign, Trump publicly attacked the parents of a fallen soldier, Capt. Humayun Khan, who had been critical of the candidate’s anti-immigration proposals. Trump used anti-Muslim gender tropes to mock Khan’s father and mother’s appearance at the Democratic National Convention: “If you look at his wife, she was standing there. She had nothing to say. She probably, maybe she wasn’t allowed to have anything to say.”

While Sen. John McCain was dying from cancer, Trump continued his feud with his longtime rival. His eventual death did not put a moratorium on the attacks, with Trump petulantly complaining that he gave McCain “the funeral he wanted, and I didn’t get a thank you.”

Punching down — even at the dead — isn’t the mark of a strong, secure, courageous man. It’s the mark of a small, weak, insecure coward with no impulse control, compassion, or common decency. That’s our president.

S.E. Cupp is a political commentator and host of "SE Cupp Unfiltered" on CNN. She's co-author of "Why You're Wrong About the Right" and author of "Losing Our Religion: The Liberal Media's Attack on Christianity." She was also a consultant on the HBO show "The Newsroom."