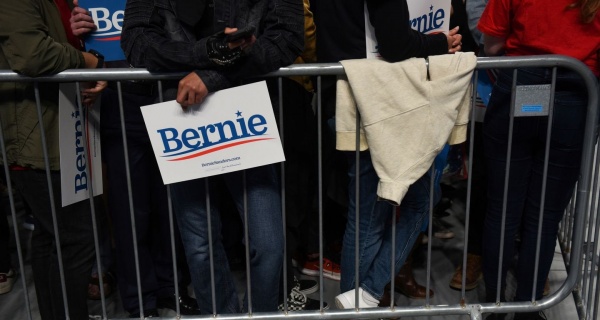 If there’s any proof that nature has a way of asserting itself in our discourse no matter what had been capturing our attention, it’s how suddenly and overwhelmingly the number of letters discussing the coronavirus eclipsed those written in response to the Democratic presidential primary.

Of course, that doesn’t mean our writers have forgotten there’s an election going on; in fact, one of the most discussed pieces in the L.A. Times this week was a letter from a supporter of Bernie Sanders who vowed not to vote for former Joe Biden against President Trump if the former vice president didn’t select the Vermont senator as his running mate.

That letter drew howls of protest from other readers; here are some of their responses.

As I read the letter written by a Sanders supporter, I became nauseated.

As I watch our country slipping ever so inevitably toward authoritarianism, I am appalled at the stupidity and selfishness of some of the “Bernie Bros.” They would rather watch Rome burn than get Trump out of the White House.

The scorched-Earth attitude is hopefully held by just a limited number of those who voted for Green Party nominee Jill Stein in Michigan and Pennsylvania in 2016 and elected Trump with his minority of votes.

Thankfully, the writer lives in California, and his vote or lack thereof will have no impact here. But if his attitude is more widespread, we are looking at “four more years.”

It’s attitudes like the one expressed by a letter writer on March 17 that gave us Trump in the White House in 2016.

A good portion of Sanders supporters in 2016, so vexed that their guy wasn’t the nominee, stayed home or voted for a third-party candidate. Now, this letter writer says that if Biden does not select Sanders as his running mate, he’s staying home even if it means another four years of Trump.

Sounds like a five-year-old taking his ball and leaving the playground if he doesn’t get his way.

Ray McKown of Torrance believes a second Trump term poses a unique threat to the world:

Only slightly less depressing than the coronavirus news was the letter from a reader who declared he would not vote for Biden unless he picks Sanders for vice president. His reasoning: He has figured out that Trump “isn’t the problem.”

Such a stunning lack of judgment and concern for the damage that type of protest vote can cause greatly disturbs me. My hope is that most young voters, whether Sanders supporters or not, are much more clear-eyed about the damage another four years of a Trump presidency would inflict on our country and the world, regardless of who controls the Senate.