Opinion: Dems Had No Choice But To Impeach Trump 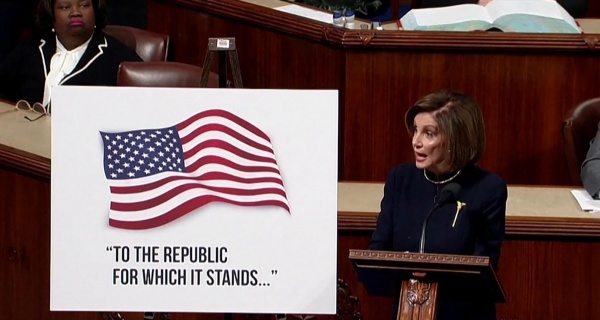 For all those who didn't know, I hope the impeachment process has provided a clear window into the heart and soul of the Republican party. These are morally-bankrupt people who are so in love with money and power that they are willing to completely humiliate themselves to defend trump.

All this crazy talk of the Mueller investigation being a hoax and Dems pursuing impeachment because they cannot beat Trump at the ballot box is just that….crazy talk. The Mueller investigation resulted in multiple arrests, convictions, and imprisonment of Trump’s campaign team members. In addition, because Russian collusion wasn't proven beyond a reasonable doubt doesn't mean it didn't happen. The fact that Donald, Jr. and Jared met with Russians in hopes of obtaining information that could hurt Hillary negates all talk of a Russian hoax.

The suggestion that impeachment is being fueled by fear of not being able to beat him at the ballot box is just another example of crazy talk. A quick look at recent polls will tell you that.

Impeachment may not prove to be politically expedient, but his actions called for it and the Constitution required Democrats to do it. The political chips will fall where they fall but, Trump crossed a dangerous line for which he has to be held accountable. Asking a foreign country to dig up or create dirt on a political opponent, in exchange for military aid, is simply wrong.

Sometimes when living in the moment, it can be difficult to comprehend how historic the moment is. There is no doubt in my mind, one hundred years from now those who support and protect Trump will be viewed by historians as aiders and abettors of the most corrupt presidency in our nation’s history.