Opinion: Woman Pens Letter Explaining Why She Is 'Breaking Up With America' 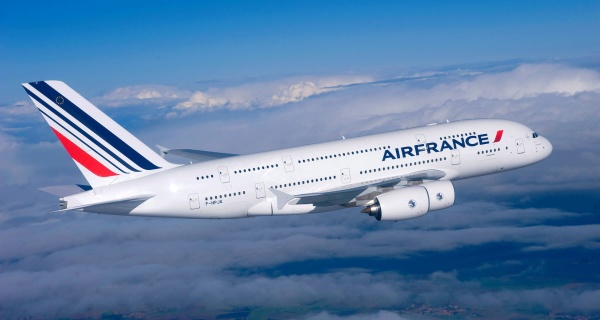 I’m an Immigrant and I’m Breaking up With America

I am an American by choice. Though I was born in France, I had called the U.S. home since 2013. Mine is a classic transatlantic love story: I fell for an American who fell for a French woman and that was that. Once we decided we had enough of living apart, we got married and I immigrated. And for the first time in my life, I wanted to put down roots.

With a green card, your presence on American soil is tolerated, yet you can never fully belong. It allows you to live in the U.S. with all the obligations of citizens but not the same rights. And without the right to vote, you’re forever sitting on the sidelines of civic engagement. And so I filed for naturalization as soon as I became eligible. Like many others who did the same in early 2016, I wanted to be able to vote in the presidential election. But the sudden surge of applicants meant the process was a little slower than expected.

My naturalization ceremony took place exactly 45 days after the November 2016 election. The irony wasn’t lost on me.

The process of immigrating and naturalization is both complex and costly, one that required a lot of financial juggling. We somehow did, but with immense difficulty. That made it all the more difficult for me to finally acknowledge years later that my transition into becoming a full American wasn’t working out. Immigration is always a little idealistic. But unless they have no other options, a person doesn’t just uproot their life knowing they’ll be worse off where they’re heading.

When I first moved to the U.S., it was on the understanding that America was a country that honored its roots as a nation founded by immigrants. I wholeheartedly believed in the American experiment and I trusted it held some measure of truth. Of course, I soon found out I had many blind spots.

I remember spending my first years in America trying to explain to my family overseas how the police could randomly kill fellow Americans and get off scot-free — especially if the victims weren’t white. I struggled to unpack the absurdity of the U.S. health care system and explain why paying enormous insurance premiums every month doesn’t even guarantee you can get the care you need.

I unwittingly became a cautionary tale, too. I ended up paying for something I could never afford to use when I needed it the most because the medical costs were way beyond my budget. I was too sick to function or work so I couldn’t pay for care. As a result, I was left to hold my own hand and lost five years to major depressive disorder. It ended up being a considerable chunk of my life that I’ll never get back.

On top of it all, when some smarmy orange huckster ended up in the White House, surrounded by his white supremacist plutocrat cronies, I struggled to reconcile this political aberration with my idea of America. Soon, I understood he was likely the most honest representation the country had ever had.

There is one aspect of Americanness that I cherish and wouldn’t swap for anything in the world: The freedom to speak my mind. Becoming a citizen meant that I could openly criticize the current administration without fear of deportation, or “removal,” which is the Department of Homeland Security’s euphemism of choice.

I recognize I was lucky — not all had those rights. The Trump administration even threatened to denaturalize citizens, using criteria that seemed opaque at best. In other words, Americans by choice could see their citizenship delegitimized, with little recourse. Taking the Oath of Allegiance represented a way to keep myself safe. And I am writing this as an English-speaking white woman with blue eyes born in the country that is America’s oldest ally. People like me tend to be welcome with open arms while some with darker skin from other parts of the globe are actively banned from setting foot on U.S. soil. When America isn’t building a wall to keep them out or deporting them even though some of them are veterans who put their lives on the line to serve and protect America.

More than anything, becoming an American meant daring to hope for better days. Naturalization was a declaration of love, a leap of faith; it was an expression of my readiness to stand shoulder to shoulder with anyone under threat, come what may. It even made me come out of my depressive bubble for 24 hours before I retreated back into my head and crashed even harder.

It wasn’t a happy day when I realized I got it all terribly, terribly wrong: Despite what I initially believed during my naturalization ceremony, I doubt I’ll ever belong in this new America and I don’t feel safe either. Summoning any patriotic pride in the age of MAGA — an acronym so cringe-worthy it’s worth equating to Make America Grotesque Again — is a tall order for many. For my part, this ethnonationalist, Christo-fascist experiment isn’t what I signed up for and I will never endorse it.

But unlike many Americans, I can leave; I have two passports and a decent shot at rebuilding a good life in Europe, starting with getting the medical care that could have nipped depression in the bud had I been able to afford it. I flew back to Europe at the end of last year so I could be by my parent’s side as they deal with Stage 4 cancer, and help them navigate what is an increasingly complex and unpredictable reality. That I was still very wobbly on my feet didn’t even come into my decision; you only have one family and my one job was to be with them.

I sometimes refer to my immigration as the organ transplant that didn’t take, I have no doubt things would be different if I hadn’t fallen ill, or if I had gotten help and my household had been sympathetic rather than resentful. What happened to me in the U.S. was unfortunate but it isn’t all that uncommon. Failure of such magnitude is shameful, and I was deeply embarrassed for a long time. These days, all that matters is that I’m alive.

This doesn’t mean I will stop being an American. Wherever in the world I may be, my Americanness remains a commitment I take seriously and I have no intention of ever reneging on it. To me, chosen Americanness means using whatever privilege you might have to look out for others and push back against hurtful policies, something becoming an expat won’t change.

If there’s one thing immigration taught me, it’s that the personal is always political.