Opinion: To Donald Trump, Evangelicals Who Support Him, And Michael Brown: An Apology And A Challenge 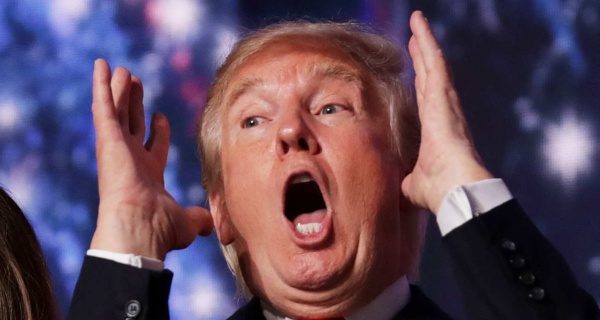 I want to apologize to evangelicals for the way I have expressed my opinion about your support of the President.

Throughout my walk with the Lord, I have had a sinful tendency to say things in too harsh of a manner and paint with too dark of a brush. To put it differently, sometimes I’m all stick and no sugar. Unfortunately, my op-eds in the Christian Post (here and here) reflected that. We’ve all heard the expression, “It’s not what you said but how you said it.” In how I expressed my personal opinion about your support of the president, I violated two principles in Scripture, “speaking the truth in love” (Ephesians 4:15) and “A gentle answer turns away wrath, but a harsh word stirs up anger” (Proverbs 15:1). How I stated my opinion in my previous op-eds was wrong, and I ask you to forgive me.

Second, I want to apologize for getting into an argument with my brother in Christ, Michael Brown. Greg Wynn commented on Michael’s latest op-ed that “The back and forth between these two reminds me of a drawn-out Facebook argument . . .” I got a good belly laugh out of that because, like all things that are humorous, it had a lot of truth to it. So, another mistake I made in my op-eds was to argue with Michael and try to prove to him I’m right. In doing so, I violated the challenge in Isaiah 1:18, “Come now, let us reason together.”

I wasn’t reasoning with you, Michael, I was trying to win an argument. Neither God nor the truth need me to argue with believers. Truth argues for itself, and it sure doesn’t need a lightweight like me running interference for it. God wanted me to reason with you in an iron-sharpening-iron way, not be combative. Michael, being argumentative with you and trying to outscore you in our exchanges was wrong, and I ask you to forgive me.

The Bible warns us, “'In your anger do not sin': Do not let the sun go down while you are still angry.” I have clearly violated that important principle in Scripture because I have allowed my anger toward President Trump and the evangelicals who enthusiastically support him to turn into sin. I have let a thousand suns go down on my anger toward both. That is completely and totally about me and my own fallenness, and I take full responsibility for it.

President Trump, I challenge you to get a psychiatric evaluation. There are literally thousands of mental health professionals in this country and millions of Americans who have grave concerns that you are mentally ill. Please, if you love the country as much as you say you do, get a mental health evaluation so you can know and we can know whether or not you are mentally fit to run the country. I’m not optimistic you will take me up on this challenge given your lengthy history of running from your defects. I suspect this is why you have never released your taxes after promising to do so and why you forbid people in your administration from testifying about you in the multiple investigations into your presidency. I suspect that you are so afraid of what we will find about you that you will do anything to cover your tracks. I challenge you to prove me and everyone else wrong. Mr. President, undergo a mental health evaluation and stop running from the truth.

Evangelicals who support Trump, I challenge you to spend time between now and the 2020 election reading and viewing other sources of input on the President than what you turn to on a regular basis. Specifically, I challenge you to read Dr. Bandy Lee’s excellent book, The Dangerous Case of Donald Trump: 37 Psychiatrists and Mental Health Experts Assess a President. If you can’t read the whole book, at least read the following chapters: “Unbridled and Extreme Present Hedonism: How the Leader of the Free World Has Proven Time and Again He is Unfit for Duty” by Philip Zimbardo, Ph.D., and Rosemary Sword; “Pathological Narcissism and Politics: A Lethal Mix” by Craig Malkin, Ph.D.; “Sociopathy” by Lance Dodes, M.D.; “Donald Trump Is: (A) Bad, (B) Mad, (C) All of the Above” by John Gartner, Ph.D.; and “Why ‘Crazy Like a Fox’ versus ‘Crazy Like a Crazy’ Really Matters: Delusional Disorder, Admiration of Brutal Dictators, the Nuclear Codes, and Trump” by Michael Tansey, Ph.D.. These mental health experts are not a bunch of left-wing liberals. They are experts in the mental health field who are deeply concerned about the mental and moral fitness of our president to lead this great nation and how dangerous he is to not only our country but the world at large.

I would also challenge you to read everything you can get your hands on that Peter Wehner has written (including his latest book, The Death of Politics) and view his interviews on cable television shows. Peter Wehner is a Christian and conservative Republican and one of the first to publicly oppose Trump. I want to share one of his quotes with you, this coming from his September 9, 2019, Op-Ed in The Atlantic entitled, “Trump Is Not Well”:

“Donald Trump’s disordered personality—his unhealthy patterns of thinking, functioning, and behaving—has become the defining characteristic of his presidency. It manifests itself in multiple ways: his extreme narcissism; his addiction to lying about things large and small, including his finances and bullying and silencing those who could expose them; his detachment from reality, including denying things he said even when there is video evidence to the contrary; his affinity for conspiracy theories; his demand for total loyalty while showing none to others; and his self-aggrandizement and petty cheating.

It manifests itself in Trump’s impulsiveness and vindictiveness, his craving for adulation, his misogyny, predatory sexual behavior, and sexualization of his daughters; his open admiration for brutal dictators; his remorselessness; and his lack of empathy and sympathy, including attacking a family whose son died while fighting for this country, mocking a reporter with a disability, and ridiculing a former POW.”

If after reading Dr. Lee’s book and the writings of Peter Wehner, you still believe Trump is worthy of your support, then nothing I or anyone else could say is going to dissuade you. You have already made up your mind about Trump, that he is in the “good category” and going to help this country become “great again.” I believe just the opposite is true. That’s my opinion, and I’m sticking to it.

I am a Christian and a conservative. As both, I am going to go to my grave convinced that Donald Trump is, objectively, a severely mentally and morally disturbed individual, unfit to hold the office of the presidency, only going to get worse over time, and that we must remove him from office by any legal means possible — the 25th Amendment, articles of impeachment, or the general election — and find another Republican candidate to run in 2020.

This is my final op-ed, at least the last one where I allow my anger toward the president and evangelicals who support him to turn into sin. Given some of your reactions to what I have written previously, I would imagine many of you are saying, “Good riddance — don’t let the screen door hit you in the rear end on your way out!” I want to say, again, that I am truly sorry for the way I said what I did to you. Sadly, I forgot that “speaking the truth in love” (Ephesians 4:15), “A gentle answer turns away wrath, but a harsh word stirs up anger” (Proverbs 15:1), and “Come now, let us reason together” (Isaiah 1:18) are biblical principles that apply to me just as much as they do to you. In doing so, I was being hypocritical. I failed to take the plank out of my own eye first while presuming to take the plank out of yours. Please forgive me.

I hope as we head toward the 2020 election that this verse will be the one that guides our interactions with each other as evangelicals and that we will speak firm yet gentle words that build up and encourage each other rather than denigrate and dismiss each other. We are all in this together, we love this country, and we don’t want any enemy, foreign or domestic, to harm our democracy. Let’s co-labor together to that end.