Woman Who Voted For Trump Now See's The Light 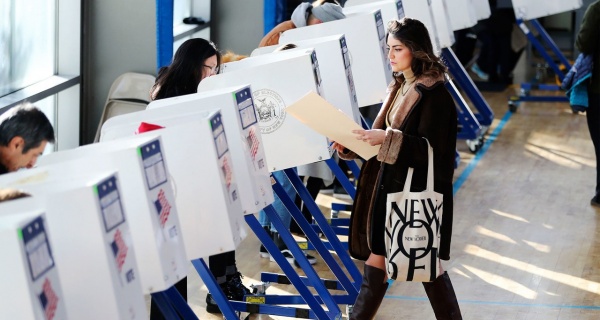 Trump and the Republican Party have become anathema to everything I hold dear. And this political era has instilled an outrage and activism in me I never knew existed.

Prior to the 2016 presidential election, I was a happily uninvolved voter. I dutifully voted in all presidential and Senate elections. Downstream races and mid-term elections, not so much.

The 2016 campaign was like watching a gut-wrenching season of roller derby. Everything about it felt unprecedented. Donald Trump’s campaign was a daily sideshow of bad behavior. I never believed he’d win the nomination. I kept waiting for my fellow Republicans to wake up and come to their senses. I’d thought the lions of the Senate, the institutionalists in the House, the serious-minded law-and-order GOP party would surely step in to stop the craziness. But, no. It was Clinton v. Trump.

Very near election day, Hillary Clinton was announced to be under investigation again by the FBI. Holy cow! That seemed pretty ominous to me. That was a game-changer. You can’t elect a president who is under FBI investigation, can you?

In Florida, many of us vote via mail-in ballots. While I had never seriously considered voting for Donald Trump, a federal investigation into the possible president-elect was too much for me. I held my nose, and voted for Trump, as well as Marco Rubio for Senate, trusting that the checks and balances integral in a democracy were in place and would hold.

I mailed my ballot in before I could change my mind. I remember thinking, How bad could it be? There are guardrails, right? It’ll be fine!

Since Trump was elected, I’ve had what I refer to as my political rude awakening. I could no longer be blissfully unaware or uninterested in politics. How can you ignore this administration’s 24/7 chaotic, frenetic shit-show? Every day is a new outrage, a new abuse, a new way to marginalize and divide people. Every day is a new level of lawlessness and self-serving greed.

Trump and his followers have worked to game the system for their political and financial gain. There are no guardrails. There are no checks and balances. Legal subpoenas? Trump says ignore them, or make up some bogus immunity claim. Trump and Barr spit in the face of our legal system as our elected leaders — Democrats and Republicans alike — refuse to hold this administration accountable.

My politics and involvement in the political process have been irrevocably changed. The Republicans have all bought into Trump’s chaos, lies, bullying and rage-tweeting. “Great,” they say, “his base loves him.” They’re all complicit. The abject cruelty to immigrants and others of brown and black skin are perfectly acceptable to Republicans, as long as they win the next election and continue to hold power. The sheer lawlessness and incompetence are staggering.

Trump and the Republican Party have become anathema to everything I hold dear. This political era has instilled an outrage and activism in me I never knew existed. My personal politics of “moderate and reasonable government” feel like they are no longer welcome in the Grand Old Party.

In 2018, I reached my personal “point of no return”. The craziness kept piling on. Families separated at our southern border and children in cages, the Parkland massacre, the ongoing Mueller investigations: the hits kept coming. My last straw was Trump’s Helsinki debacle. I couldn’t take it anymore.

I had to do something. First, I changed my Florida voter registration from Republican to Democrat. For the 2018 mid-terms, I educated myself on all the races and candidates on my ballot. I checked their support of common-sense gun reforms. I researched their healthcare positions. I started to show up and get involved with issues important to me, my family and my community.

I’d taken for granted an America that was the world’s leading democracy, a believer in human rights and a nation that valued the melting pot that made us the envy of all. Never in my wildest dreams could I have imagined a presidency like this one.

Trump and his party have lost this Republican. I can’t imagine going back.