Why Trump's Path To Victory Is Narrowing 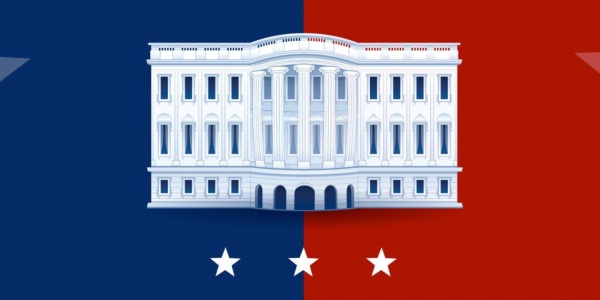 Therein lies the trouble for Trump. There are almost no states that he lost in 2016 that are even remotely possible for him to win in 2020, that’s because almost all of the close calls went his way. Given the very divided nature of our electorate, it just isn’t plausible for Trump to substantially improve his standing among voters who didn’t vote for him the first time around. While there were some Obama/Trump voters, does anyone really think there are a lot of Clinton/Trump voters to be had? I don’t. So taking 2016 as a baseline, by far his best chance at flipping a state would be New Hampshire… which is the only state he lost by less than 1% of the vote. However, NH has a whopping 4 electoral college votes; so, it is pretty much irrelevant except in a few weird cases.

If you look at the states that Trump lost by less than 5 points you get a few more targets: Minnesota, Nevada, and Colorado… but he certainly hasn’t (and is unlikely to) improve his standing in any of them. There are no States that Trump lost by more than 5% in 2016 that are even worth mentioning in 2020 because it would either require Trump to be profoundly more popular than he is, or it would require a seismic (pro-Trump) demographic change in the state. As far as I’m aware nothing like that has happened.

On the other hand, there is a huge list of states that he has to profoundly worry about in 2020 (with big electoral college ramifications): incidentally, he is significantly less popular now than he was when running the first time in every one of them.

First, the states that Trump won by less than 1% of the vote:

Pennsylvania, Michigan, Wisconsin, and Florida (1.2%). Flipping the first 3 of these states alone would give Democrats a comfortable win. Flipping either of the first two and Florida which incidentally just gave the vote back to over a million former felons, also gives the Democrat a victory.

Next the states Trump won by less than 5% of the vote:

Arizona and North Carolina… with Georgia (5.16%) just barely out of consideration. Arizona has been trending more Democratic in particular and is very likely gone for the GOP given the 2018 results.

Trump won a lot of really close coin tosses in practically every state that was a coin toss and pretty much got destroyed in the states where he lost. Trump hasn’t improved his standing in any of the close states; in fact, he is substantially less popular than he was in November of 2016 in all of them. A lot of the institutional advantages (Governships, etc.) in key states like Wisconsin and Michigan have also switched to the Democrats. In other words, if all the close states are coin tosses, the chances that Trump loses are far higher than the chances that he will improve on his 2016 performance. If you factor in his historic unpopularity, the chances that he gets blown out are slightly higher than the chances that he squeaks by.

That’s just the math of it.