R. Kelly's Ex-Lawyer Says 'He Was Guilty As Hell' 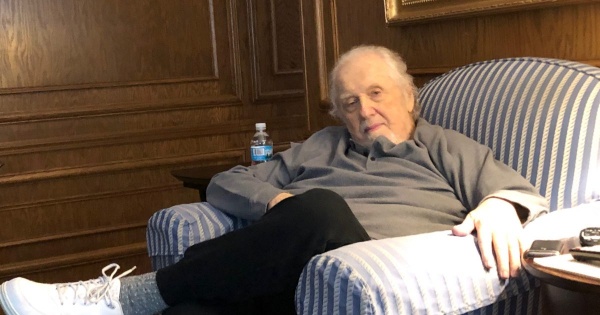 Date Posted: Friday, March 8th, 2019
R. Kelly is on television, saying he never did anything illegal with underage girls.
“I didn’t do this stuff!” he told Gayle King on CBS. “This is not me!”
Trying to reach over the head of the legal system and speak directly to those who might be in his jury pool.
Which is his right, I suppose.
But R. Kelly’s is not the only voice on the matter.
There are the alleged victims. And the lawyers representing them. They will have their day in court.
There is also the past. The 10 counts of aggravated criminal sexual abuse with four women he’s accused of now are not the first charges Kelly has faced. In 2008 he was acquitted of child pornography charges; that case was dragged out over six years by a defense team headed by Ed Genson, a well-known, even notorious Chicago criminal defense attorney.
Genson is still around at 77, though ill, his usual candor honed by the approach of death.
“I have bile duct cancer,” he said in the paneled study of his Deerfield home. “Terminal cancer.”
Doctors gave him 90 days to live.
“That was a year and a half ago,” said Genson. “They don’t know what they’re doing.”
Perhaps this is a good moment to set the record straight.
“I’ve been a lawyer 54 years,” he said. “Ninety-nine percent criminal cases. I’ve represented entertainers, represented people connected to organized crime, represented professional criminals. I’ve represented guilty people, I represent innocent people.”
“I can say whatever I want, but we’ve got to do it fast,” he said. “It would be nice to get it down so somebody knows besides me.”
His father was a bail bondsman, and we talked about the profession of posting bond in the 1950s. Then Genson brought up a certain former client.
“When I represented Kelly in Florida, they set the bond at a $1 million,” he said. “We paid the bondsman $100,000. He was out on bond on the
Florida case for three days and they made $100,000. Because he had to fly back to Chicago because they were going to arrest him here.”
Any insights into R. Kelly, the man? Guilty as hell?
“He was guilty as hell!” Genson said. “I don’t think he’s done anything inappropriate for years. I’ll tell you a secret: I had him go to a doctor to get shots, libido-killing shots. That’s why he didn’t get arrested for anything else.”
I wondered if this statement might violate attorney/client privilege. But 1) Genson volunteered the information; 2) Kelly is no longer his client; and 3) attorney/client privilege doesn’t hold if a client is engaged in ongoing criminality or is perjuring himself. Both might be the case if Kelly is indeed found guilty.
Genson told me this several weeks ago. I sat on it, not wanting to affect potential jurors — journalists do care about these things. But seeing
Kelly yelling on TV, that seems no longer a concern. If he can spin his case, so can others. I decided to check back in with Genson. Is Kelly tampering with the jury by going on TV?
“He is,” Genson said. “I’m trying to figure out why he did it. I don’t know whether his lawyer is an idiot. He might be.”
Kelly’s current lawyer, Steven A. Greenberg, insists he is not an idiot, nor trying to affect potential jurors.
“R. Kelly is a grown man who can respond to these allegations as he sees fit,” said Greenberg. “He didn’t talk about the charges, he didn’t talk about cases, he generalized allegations that he is some kind of monster running a cult. . . . This case is so far off in the future; who knows when a trial is going to be?  I don’t think anyone is trying to tamper or influence the jury. This is not something being orchestrated as some kind of defense trick.”
I wondered if Genson now feels ambivalent about keeping Kelly out of prison.
“I didn’t facilitate him. He had already done what he’d done,” Genson said. “I did facilitate him in the sense I kept him out of trouble for 10 years. I was vetting his records. I listened to them, which ones would make a judge mad.”
That’s why, Genson said, he knew Kelly was attracted to young girls. Because of lyrics Genson kept Kelly from using.
“I was riding in the car, listening to a song and said, ‘Are you crazy? This is all I need.’ He re-wrote it.”
Which song?
“Ignition,” Genson said. “It’s a song related to a guy driving around in a car with his girlfriend. It was originally a high school instructor in a class teaching people how to drive a car. I changed the words.”
Genson said Kelly, while a tremendous talent capable of writing hit songs, is “not a very bright person” and might have become reckless after beating the rap in Florida.
“What he doesn’t understand is this: If you win a case with somebody, they think they’re bulletproof,” Genson said. “You’re almost better off, sort of, losing. He thinks he can do whatever the hell he wants. He has done everything he can to hurt himself.”