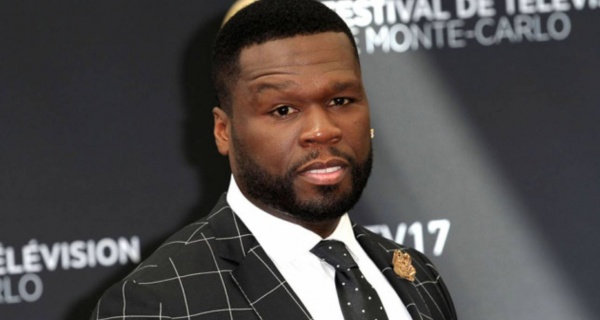 Date Posted: Wednesday, February 20th, 2019
Plenty of politicians have tried to curry favor with Curtis "50 Cent" Jackson over the years. Sometimes, he's up for it. But when Donald Trump came calling in 2017, 50 was not having it. The rapper/entrepreneur spilled the details on Tuesday night (Feb. 19) while grabbing some couch alongside Democratic presidential candidate Sen. Elizabeth Warren, telling host James Corden that the self-proclaimed ultimate deal maker offered him $500,000 to appear at his 2017 inauguration.
Ever the savvy businessman, 50 mulled it over and said...no way. "They offered me a half a million dollars to go," said 50 of the princely sum dangled by the Trump inaugural committee for the famously star-starved Jan. 2017 coronation, as Warren looked on in seeming shock. "They offered you half a million dollars to play at the inauguration?" Corden responded incredulously.
"No, just to come," 50 clarified. "Just to be there? Just to turn up?" Corden asked as Warren stared blankly and said, "Wow." Needless to say, 50 didn't heed the call, mostly because, as he said, "I didn't know if I could fix the damage. To be honest with you, all money's not good money. You've got to be careful what you're doing publicly because...I don't know how you fix that."
A spokesperson for the White House could not be reached for comment at press time due to the government shutdown in Washington, D.C. caused by Wednesday's (Feb. 20) winter snowstorm. "I was just like, 'Whoa!' Don't bring me to fix the African-American vote," 50 laughed. "Bring somebody else, I'll see you later." As for what advice he'd offer Warren to reach the young vote, 50 suggested that she "just relax, you gotta loosen up." And, of course, when she becomes president, hang out with him.
Trump famously boasted that he would have "the biggest celebrities in the world" at his inauguration, though the real estate mogul failed to secure the kind of big-name performers his predecessor had. Unlike Pres. Obama's first inaugural, which featured a "We Are One" blowout starring Beyoncé, Bon Jovi, Garth Brooks, Renée Fleming, John Legend, U2, James Taylor, Usher, Stevie Wonder, Pete Seeger and Josh Groban, Trump's swearing-in was celebrated to the sounds of 3 Doors Down, the Piano Guys, Lee Greenwood, America's Got Talent runner-up Jackie Evancho and Sam and Dave's Sam Moore.
Watch below: