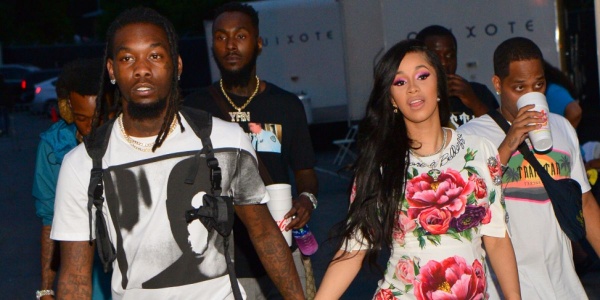 Date Posted: Wednesday, January 23rd, 2019
Offset is the latest rapper, including Cardi B, to speak up about the government shutdown.
The Migos rapper, 27, explained he usually doesn’t voice his political opinion, but couldn’t help but discuss the devastating reality that thousands of furloughed Americans are currently facing in an interview with Esquire magazine, which was published on Tuesday.
“We’re going through a f—ed up time,” he said. “Both sides. Black and the white. You know why? The government shutdown. Black people aren’t working, white folks aren’t working. It’s everybody.”
“This ain’t supposed to be going down. Not in America,” he continued. “We got our chest out, we got the money, we got the cars, we got the celebrities, we got the stars, everybody wants to be like us. All these other countries when I go there, they’re inspired by us.”
“Seeing people talk about how they can’t pay their bills but they have to work. That’s some slave s—,” Offset added. “I don’t really get into it politics because I’m usually on the other side of it. There’s black mothers with jobs, and now you take their jobs away.”
Offset also touched on Donald Trump and the wealth inequality in the nation, specifically pertaining to the billionaire businessman-turned-president.
“And then the president, I don’t really want to speak on him but he’s rich,” he said. “Make a n— respect you, because a n— don’t respect you. He’s rich and has these folks struggling.”
Offset’s passionate words come on the heels of Cardi B‘s recent political rants.
His wife, with whom he shares 6-month-old daughter Kulture Kiari, has also been especially outspoken on social media as of late, defending the government workers, country unification, and even her own interest in politics, in a series of Instagram videos and tweets.