WATCH: R. Kelly's Ex-Wife Speaks On Her Troubled Marriage To The Singer 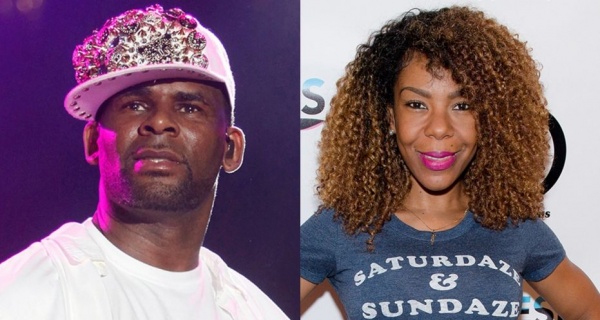 R. Kelly’s ex-wife, Andrea Kelly, is publicly talking about her marriage with the R&B singer for the first time in 10 years.

In an interview with TV One’s Sister Circle, Andrea Kelly, 44, recalled the domestic abuse she says she endured at the hands of R. Kelly during their 13-year marriage between 1996 and 2009. She said she finally decided to leave R. Kelly after she contemplated suicide.

“That day, I just remember playing sick all day,” Andrea Kelly told Sister Circle. “I went and got in the bed, and I was just like, ‘OK, what are you gonna do? What are you gonna do’ And something just said, ‘End it.’ That was my first answer.”

Through tears, Andrea Kelly described going out onto her hotel balcony and climbing up onto the ledge before she realized suicide was not the answer. She said the thought of her children, who she shares with the R&B singer, reminded her she needed to live.

“I remember looking down, and it’s almost like God was able to let me see the future,” she said. “I saw my body lying in blood, and I saw the ambulance coming. I saw housekeeping come out, and they were pointing up, and they said, ‘She jumped from up there.’ Then, I remember my baby’s voice in the back going, ‘Mama, mama… why did mama jump? Why did mama leave us?’”

Andrea Kelly said God directed her to search for domestic violence awareness websites. There she found a questionnaire asking if her partner had done specific abusive things. Out of the 17 questions, she said, R. Kelly had done 15.

R. Kelly’s stardom has been marked by dozens of sexual misconduct allegations dating back to 1994 when he allegedly married R&B singer Aaliyah. The singer was then 15, and he was 27. In 2008, Kelly was acquitted of child pornography charges after a video showed him allegedly having sex with and urinating on a 14-year-old girl. He has agreed to multiple out-of-court settlements with women who accused him of sexual assault, including one who said Kelly had sex with her when she was 15.

Kelly’s representatives have dismissed the claims as a “conspiracy.”

When asked why she’s speaking out now, Andrea Kelly responded that she’s finally strong enough to be the “voice for the voiceless.”

Later in the interview, Sister Circle host Syleena Johnson referenced R. Kelly’s 2013 book The Soulacoaster in which the R&B singer discussed his relationship with his ex-wife. Andrea Kelly responded by looking into the camera and addressing her former husband directly.

“Robert you don’t get to tell my story. That is my truth,” she said. “You should have never put me in your book. And if you’re gonna put me in your book, then you’re gonna tell the truth in the book. You don’t get to tell people that we got divorced because I had a problem with being a stay-at-home mom. We got divorced because I was no longer going to sit and be violated. What he did to me was criminal.”