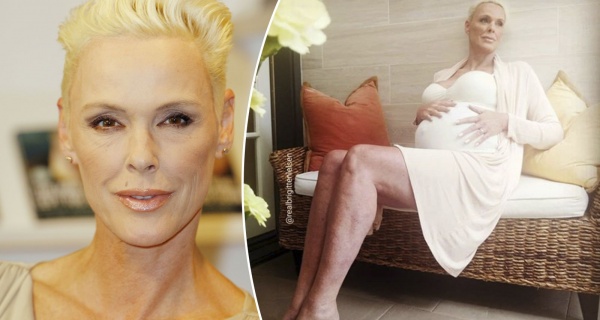 Brigitte Nielsen and her husband Mattia Dessi were spotted out together for the first time since announcing their big pregnancy news.

At over six feet tall, the Danish-Italian actress and model towered over her husband, a former model himself, while out for a stroll in Los Angeles on Thursday.

The 54-year-old actress announced her fifth pregnancy on Instagram and Twitter Monday, showing her baby bump in a curve-hugging gray dress.

The star previously opened up about wanting to have more kids in August 2008.

“The children have kept me going. After I do Playboy, we want to try IVF. It’s asking a lot, but if it’s possible, it would make our package complete,” Nielsen told Hello! magazine.

Also in 2004, Nielsen appeared on VH1’s The Surreal Life, where she met rapper, Flavor Flav. Their romance was documented on the spinoff reality show, Strange Love.