Watch: Tribute To Otis Redding On 50th Anniversary Of His Passing 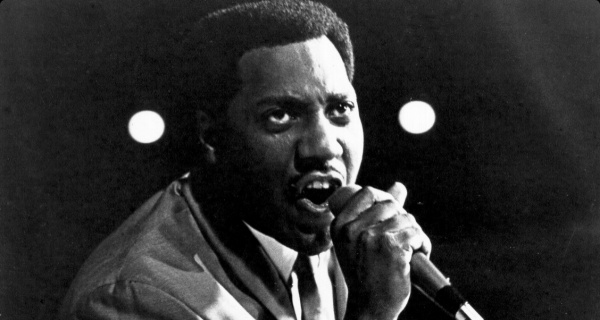 Fifty years ago Sunday, a small plane carrying the great soul singer Otis Redding crashed in a lake near Madison, Wis., the town where I was born, killing him and all but one of his band members.

I was only 14 years old at the time (and living in Clemson, S.C.) and I never met Otis, but I played in an an R&B band in Macon, Ga., called the Underground Railroad that his widow, Zelma, managed back in 1975 and '76.

The band consisted of me — a skinny, curly-headed white boy from South Carolina — a trumpet player from Macon who had a red Afro; a bass player from Sarasota, Fla., who looked like Jesus; and four African-American guys who had defected from the bands of James Brown and Bobby Womack to seek their own fame and fortune.

Zelma had us set up to record an album, and we figured we were on our way to glory.

But egos got in the way. Half of the guys wanted to do disco — which was the hot new thing at the time. The other half, of which I was a part, wanted to do jazz-funk fusion.

The arguments got out of hand and Zelma eventually got frustrated and gave up on the idea. So we found ourselves playing backup for her other artists, such as Clarence Carter and Percy Sledge.

Zelma ran a record shop and owned a club downtown. She had a couple of sons — one named Dexter, about 17 at the time, who played bass, and the other, a boy of about 12 who everybody just called "Junior."

Junior aspired to be a guitar player, and he was getting pretty good at it. Every time I visited the record shop, he was playing his guitar. He used to like to watch me play, too, when we practiced at his mom's club. He would ask me questions about the chords I played. He was a really smart and an incredibly sincere and humble kid.

I think Junior still missed his daddy a lot, even though he had been very young when he died. I know his mother did.

Zelma was a strong-willed woman who wore huge earrings, spoke in the gravely voice of a well-seasoned blues singer and smoked an endless chain of cigarettes. But she would get teary-eyed whenever the subject of her late husband came up. There was a big hole in her life, and in Junior's. Dexter's too, I imagine, although I never got to know him very well.

The Underground Railroad eventually broke up, as bands do, without fulfilling its dream of fame and fortune. Dexter and Junior went on to put together their own band, and they recorded some albums, too, but I lost track of them.

Through the wonder of the Internet, I have found videos of them, and they're both still playing music — some of which is their daddy's music, too. He would be proud. Actually, he was a "Junior" himself, which makes the "Junior" I knew Otis Redding III.

Big O. continues to have a huge influence on music and on the lives of those who knew him. And I'll never forget my time around Ms. Zelma and the Little O.

Celebrate Otis Redding's life on this anniversary of his death by cranking up some of his music … and watching the tide roll away.