WATCH: A Look At Strategies That Helped Jay Z Build An $800 Million Empire 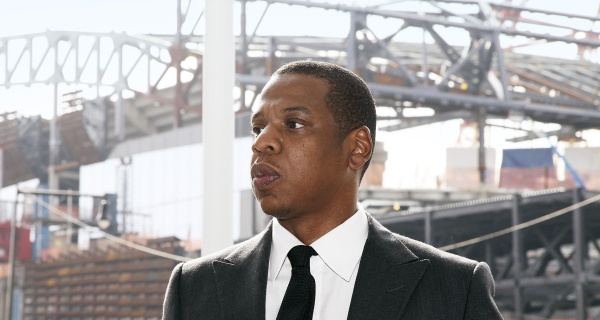 Ever since he released his debut album, "Reasonable Doubt" on his independent label, Roc-A-Fella Records in 1996, Shawn "Jay-Z" Carter has proven that his entrepreneurial hustle and business acumen go far beyond selling albums.

Jay-Z's unconventional ascent from Brooklyn's street corners to corporate boardrooms has caught the attention of billionaire business leaders like Warren Buffet and Oprah Winfrey. On his own, he's worth a cool $810 million. Together, Jay-Z and Beyoncé are worth approximately $1.2 billion, according to Forbes.

After the release of his highly-anticipated "4:44" album earlier this year, the 48-year-old has kept the internet buzzing about his next power move. While it's hard to predict the future, below are the strategies that have contributed to his success so far and put him on track to potentially be rap's first billionaire.

After failed attempts at getting signed to a major record label, Jay-Z and his two business partners, Damon Dash and Kareem Burke, started their own label, Roc-A-Fella Records, in 1996. He released his debut album later that year, and the Brooklyn rapper eventually caught the attention of label executives.

Music executive Kevin Liles, who worked for Def Jam at the time, told The Wall Street Journal that Def Jam tried to offer Jay-Z a traditional signing deal, to which the rapper replied, "I own the company I rap for."

2. See the value of the underdog

Jay-Z's dealings with major corporations show that he's not afraid to go with the market underdog. In 2003, instead of pursuing a sneaker deal with industry-leader Nike, he entered a four-year partnership with Reebok. The value of the deal was not disclosed, but the company reportedly sold about 10,000 pairs of his sneakers, priced at $150 each, within the first hour of their release.

In 2010, instead of partnering with the No. 1 search engine Google, he launched a million dollar marketing campaign for his book, "Decoded" that doubled as promotion for Microsoft's search engine Bing, which was fairly new to the market.

When he decided to buy a percentage of an NBA team in 2004, he purchased one-fifth of the Nets, not the Knicks, and eventually moved the team's location from New Jersey to his hometown, Brooklyn. According to Forbes, the music-turned-business-mogul invested $1 million into the team, and sold his stake in 2013 with a reported gain of approximately 135 percent.

"In some ways, because of that business focus that he's always had throughout his career and that he's done a very good job of publicizing, he's seen more as a dealmaker than a sellout," Forbes' Zack O'Malley Greenburg told Complex.

In 2006, Jay-Z promoted his album "Kingdom Come" with a Budweiser commercial shown during Monday Night Football. Around that same time, he was named co-brand director of Budweiser Select beer. Now, over 10 years later, Jay-Z continues to have a corporate relationship with Budweiser as the sponsor of his annual Made in America festival.

Similarly, Jay-Z's relationship with Live Nation dates back to 2008, when he signed a $150 million deal with them after leaving Def Jam. The deal allowed Live Nation to get a piece of the artist's merchandising, licensing and touring revenue, and helped him launch his management company, Roc Nation. The company has since expanded beyond music into sports and even invests in startups. Almost 10 years later, Jay-Z and Live Nation are still business partners, and recently signed a decade-long touring partnership valued at $200 million.

In 1999, Jay-Z and Damon Dash launched Rocawear clothing. Eight years later, they sold Rocawear to Iconix Brand Group for a reported $204 million. Crucially, the deal allowed Jay-Z to keep creative control and his stake in the clothing company's operations.

5. Use your platform to serve the greater good

Jay-Z has recently become more vocal about using his platform to positively impact others. In a guest column for The Hollywood Reporter, the mogul reflected on his desire to "amplify" discussions around issues of social justice, and the decision to produce documentaries about Kalief Browder and Trayvon Martin.

"Social justice isn't a political issue," he writes. "It's a human issue. It's a story of empathy. When we are able to identify that we are all not perfect and have compassion for someone else, we can move forward as a society."

In an essay for Time earlier this year, Jay-Z announced that he would be donating to organizations like Color of Change and Southerners on the New Ground to advocate for the release of jailed fathers who have not been convicted of a crime but are unable to afford bail.