The Top Money Making Actors Of All Time 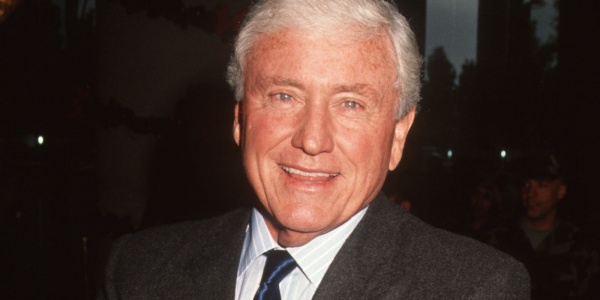 The film industry brings in massive revenue each year. It's expected that by 2020, the annual earnings will be near $50 billion. And Hollywood isn’t the only locale priding itself on prolific productions on the silver screen. India’s Bollywood has been producing motion pictures since as far back as 1913 and is firmly established as a staple in the industry.

So how do all these numbers slice up? Along with being downright talented, these 15 actors have successfully branded themselves to become the wealthiest men of all time in the film industry, according to The Richest. The No. 1 name on the list might surprise you.

Embodying any wacky character he wishes, Johnny Depp has long made young and old swoon over his looks and bad boy attitude. The actor has been nominated for numerous awards, even winning a Golden Globe in 2008 for his performance in Sweeney Todd. Since Depp’s 1984 roll in A Nightmare on Elm Street, there seems to be no shortage of stellar rolls with his name on them.

Born in Mumbai, India, 45-year-old Karan Johar started his acting career in 1989. Continuing his journey in Bollywood, Johar directs, produces, screen writes, and designs costumes for films in Bollywood. Surprisingly, his blockbuster success has not kept Johar from dabbling in the independent film arena, along with directing and producing some of the most successful films in Bollywood.

Ever heard of Stargate? Canadian-born actor Michael Shanks has starred in numerous TV shows since 1993. The 46-year-old has successfully become one of Canada’s most well-known actors. A spinoff of the film Stargate, Shanks starred in the Stargate TV series for five seasons. Shanks has maintained international stardom by appearing in films, including Suddenly Naked and Sumuru.

When Austrian-born Arnold Schwarzenegger arrived in the United States, he wasn’t working with much. Managing to turn lots of heads with his massive bodybuilding physique, Schwarzenegger made his debut in 1970 in the low-budget film Hercules in New York. He has continued his journey, starring in seemingly endless roles, including The Terminator, Predator, and Batman and Robin. He even served as the governor of California. His success has been nothing short of impressive.

Possibly one of the world’s most talented actors, Tom Hanks has moved the masses through waves of emotions throughout his acting career. His breakout role in the TV show Bosom Buddies laid the groundwork for Hanks to become one of the most recognizable and revered actors of our time. So it’s no surprise he has managed to become one of the wealthiest actors, too.

The man, the myth, he’s the legend who is Clint Eastwood. The actor, director, and producer broke out as an actor in the western movie Rawhide. And since then, Eastwood has maintained his highly respected position as one of the most influential people in Hollywood.

Martial arts master and actor extraordinaire Jackie Chan decided to break the Bruce Lee mold of acting by incorporating a bit of comedy into his repertoire. After numerous attempts at box office hits, Chan finally got his big break in the film Snake in the Eagle’s Shadow in 1978. From that point on, Chan’s stardom has transcended both the U.S. and Chinese markets.

“Yo, Adrian!” Writing and starring as Rocky Balboa in the film Rocky, the New York City native Sylvester Stallone solidified his place in Hollywood. Going on to create Rocky sequels, the Rambo movies, and more recently The Expendables films, it seems like Stallone continues to slay when it comes to the screenwriting.

“Heeeeere’s Johnny!” A New Jersey boy through and through, Jack Nicholson can hold his own on the big screen. His debut role was in 1958 with the film Cry Baby Killer, but it wasn’t until 1969’s Easy Rider that Nicholson became a household name. His film career has been wildly successful, landing Oscars for best actor in both One Flew Over the Cuckoo’s Nest and As Good As It Gets.

Bollywood superstar Amitabh Bachchan was born in Allahabad, India, and he landed a role as an action star in Zanjeer back in the ’70s. Moving forward, Bachchan was part of the Indian Parliament and created his own production company. Although his film career was a little touch and go for a while, he managed to work his way back up to the top with his work on films Baghban, Khakee, and Paa. Furthermore, Bachchan went on to host the India’s Who Wants To Be A Millionaire.

Born a New Yorker, Mel Gibson spent the majority of his upbringing in Australia. Trying his luck as a budding actor in the films Mad Max and Tim, Gibson was on the map for becoming an extremely successful film actor. Upon returning to America, Gibson landed his first U.S. role in the film The River, which won four Academy Awards. But Gibson has managed to ruffle lots of feathers throughout his career with a handful of controversial remarks based on race and homosexuality.

The ever-so-handsome George Clooney has been making hearts skip beats for decades. The 56-year-old Kentucky native has humble roots. After dropping out of college and working as a tobacco harvester, Clooney’s cousin encouraged him to pursue acting. So he did. And it’s fair to say that was a good decision. With numerous Golden Globes and Oscars under his belt, Clooney is a Hollywood staple.

From Risky Business to Top Gun, Jerry McGuire, and the Mission Impossible films, the New York native certainly found stardom early in his career. Tom Cruise‘s box office hits produce millions of dollars. And there aren’t any signs of that stopping.

Nicknamed the King of Bollywood, Shah Rukh Khan is easily the most successful actors in all of Bollywood. Born in New Delhi, India, Khan got his acting start with his role in the TV series Fauji back in 1988. Khan made his film debut in Deewana in 1992 and has continued to find stardom in leading roles ever since.

It’s fair to say that Merv Griffin (who died in 2007) was a genius when it came to figuring out the entertainment industry. Griffin got his start singing with the San Francisco Sketchbook and eventually releasing his own album I’ve Got a Lovely Bunch of Coconuts. This was just the beginning. Griffin hosted his own daytime talk show called The Merv Griffin Show, and as an actor, he made appearances on TV shows such as Newhart and Sanford and Son. He went on to create the brilliant game shows we all know and love: Jeopardy! and Wheel of Fortune. Griffin’s wise creations and investments led him to become the wealthiest man in the entertainment business.