Nicki Minaj: Gunning To Be Number One 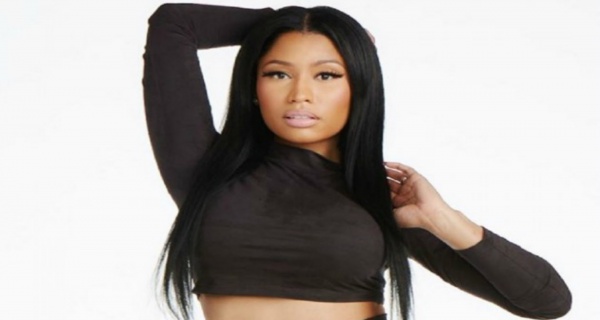 The annual Billboard Music Awards carry little of the pretense of other award shows. They don’t strive for gravitas like the Grammys, or for youth-oriented relevance like the MTV Video Music Awards. Instead, they’re about cold, hard numbers: album sales, weeks atop the Billboard charts, and, in recent years, social-media impact and digital milestones, in categories such as Top Song Sales Artist and Top Streaming Artist. This makes the show feel inelegant, and a bit unsexy, but also exceedingly in tune with the realities of the music industry. There’s a reason Drake skipped the Grammys this year but appeared at the Billboard Awards, on Sunday night, accepting a record-breaking number of trophies and giving an ostentatious performance in the center of the Bellagio Hotel fountain. Even the most sterile kind of recognition is recognition nonetheless.

So it felt particularly apt that this year’s awards kicked off with a performance by Nicki Minaj, a pop star who has lately grown uniquely obsessed with measuring and broadcasting her numerical accomplishments. It’s been nearly three years since Minaj released her third studio album, “The Pinkprint,” an R. & B.-oriented breakup album whose poppy sound refused to cater to the demands of the hip-hop establishment. In the past six months, while preparing to release a fourth album, she’s been kicking into high-visibility mode again. She keeps in constant contact with her fans on social media, updating her followers on the chart rankings for singles that she’s featured on and aggregating positive press in long scrolls and screenshots. She collaborates with an odd assortment of pop heavyweights, like Major Lazer, Jason Derulo, and Ariana Grande, in a transparent attempt to assert her commercial viability and achieve radio airplay. At a time when the biggest pop and hip-hop stars are experimenting with their public images and exploiting an increasingly boundary-free album cycle—when Beyoncé, who doesn’t tweet and rarely engages with her fans outside of shows, can release an album in film form, have none of its songs make much of a dent in the Hot 100 chart, and still be widely considered the biggest star in the world—Minaj remains laser-focussed on a model of success based on fan adoration and chart rankings.

This has been especially apparent in Minaj’s vicious battle with her fellow New York rap veteran Remy Ma, which dates back to swipes that they took at each other during Minaj’s early mixtape days, in the late aughts, but has flared up again in recent months. In February, on “Make Love,” a collaboration with Gucci Mane, Minaj fired a warning shot, sniping, “You see, silly rabbit, to be the queen of rap you gotta sell records / You gotta get plaques.” On Remy’s retaliation, the pummelling seven-minute dis record “Shether,” she tried to invalidate Minaj’s claim by attacking her hip-hop credibility and chiding her allegiance to the world of commercial pop: “To be the queen of rap / You gotta actually rap / The whole industry knows that your shit is a wrap.” Granted, these were easy shots for Remy—she’s never had to bear the burden of crossing over into the mainstream. And yet Minaj, whose output in the past year has relied on warmed-over punch lines and wordplay that she’s been using for years, seemed to struggle to defend herself. When she released her rebuttal, “No Frauds,” in March, she devoted more space to bragging about her relationship with Ellen DeGeneres than to touting her chops as an artist. “They say numbers don’t matter,” she rapped. “But when they discussing the kings / They turn around and say, ‘LeBron ain’t got six rings!’ “

Minaj has never been much of a live singer or dancer, and at the Billboard Awards she performed a nine-minute medley that seemed primarily designed to underscore the volume of her output. She was joined at one point by Lil Wayne, who delivered his verse on “No Frauds,” and Jason Derulo accompanied her toward the end, for “Swalla,” but the zigzagging set left her seeming unfocussed rather than eclectic, and lacking the memorable zing of her previous work. Still, Minaj’s hardest-core fans were sated, and she was content to bask in their adoration: “The kingdom rejoices,” she tweeted after the show, in response to one particularly gushing note.

Access to the hive mind of one’s fans is an asset, but it can also be a trap—creating a bubble filled with one’s most fervent supporters has a tendency to narrow the field of vision. For a female rap artist like Minaj to cross over so forcefully to the mainstream is a feat that can’t be understated, and she is right to be proud of the commercial success that she’s enjoyed, both in music and in her many extracurricular business ventures. Perhaps she is saving up her artistic firepower for her next album. But, in the meantime, her untrammelled focus on her fan support, and on her position on the charts, seems increasingly like a way of compensating for a lack of substance—a way of grasping for a kind of relevance that she is struggling to tap into organically. Her relentless boasts feel less like the prideful expressions of an artist than like those of, say, a historically unpopular President distributing printouts of electoral maps to Oval Office visitors.

Not unlike that President, Minaj’s preoccupation with numbers also reflects an element of wishful thinking. The commercial accomplishments that she is so obsessed with celebrating are not as staggering as she makes them out to be. “No Frauds,” even with features from Drake and Lil Wayne, peaked at No. 14 on the Billboard Hot 100. “Run Up,” a juiced-up Caribbean romp with Major Lazer that was primed for summer dominance, spent a single week on the Hot 100, at No. 66. After eight weeks, “Swalla” hasn’t cracked the Top Forty. Minaj was nominated for a single Billboard award this year, and one of the biggest—the Billboard Chart Achievement Award. She lost to the Twenty One Pilots. Numbers don’t lie, until you need them to.