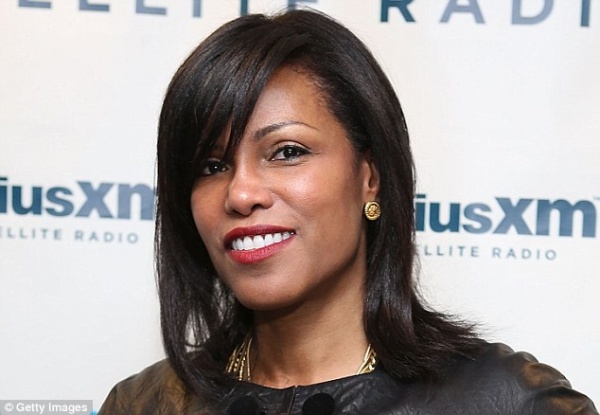 Date Posted: Friday, February 13th, 2015
The daughter of one of the most outspoken leaders of the civil rights movement believes the way rappers use the N-word in their music is 'ridiculous'.

Ilyasah Shabazz, 52, the daughter of slain civil rights leader Malcolm X, made the comments outside Wolfgang Puck's bistro Spago in Beverly Hills, California, when she was asked about rap music.

After telling a TMZ reporter she listens to rap, Shabazz was asked if it made her 'cringe' when rappers 'drop the N-word'.

She answered: 'I think it's just ridiculous sometimes.

'I think it is. I think it's a bit ridiculous.'

The TMZ reporter followed up: 'What do you think about white people singing along with the N-bombs?'

Shabazz replied: 'I mean, you know, I think if we're going to... If you're gonna use it, then everybody should be able use it.

'So if you don't like other people using it, then we shouldn't use it.'

Shabazz's goal is to 'empower future generations through understanding the world’s diverse cultures and historic civilizations,' according to her website.

Malcolm X was assassinated in February 1965 at age 39 shortly before the publication of his book The Autobiography of Malcolm X.

Shabazz said she 'would imagine' that her father would have cast a vote for President Barack Obama because he 'was a very strong candidate'.

She added her father was a 'very young man who sacrificed a lot' and made a 'significant impact around the world' prior to his premature death.

About a year ago, Nicki Minaj issued an apology after she used an image of Shabazz's father in the artwork for her profanity-laced Lookin A## N****z video.

The image depicted the iconic leader holding an M1 Carbine rifle and many thought the singer's use of it was inappropriate.

Minaj apologized on Instagram after receiving backlash about the image.

She wrote: 'What seems to be the issue now? Do you have a problem with me referring to the people Malcolm X was ready to pull his gun out on as Lookin A## N****z?'

'Well, I apologize. That was never the official artwork nor is this an official single. This is a conversation. Not a single.'