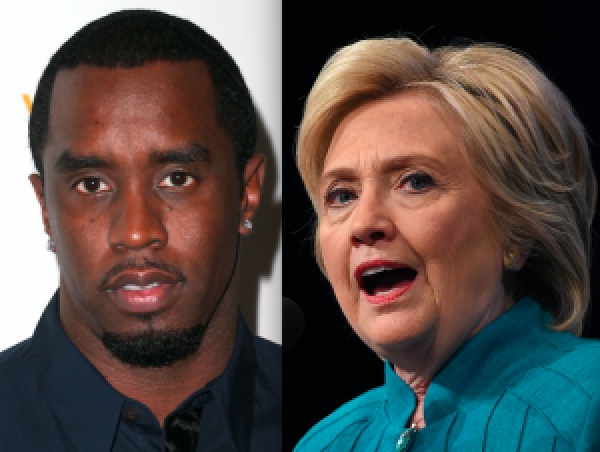 Sean “Diddy” Combs is truly a business mogul, he started from nothing and climbed all the way to the top. He has even managed to stay in that top position for two decades now. He left “Uptown Records” as a talent director after introducing the world to Mary J. Blige and Jodeci. Though leaving that position with Uptown was just the beginning for him.

He has his daddy’s hustler mind frame and went out and created what we still know as “Bad Boy Entertainment”. “Bad Boy” dominated the music industry with each and every act he produced, it was a game changer that is still making waves in 2016.

We guess that because he learned the “politics” of the music industry that he feels he automatically knows how regular government politics work too. At least that is the vibe he gives off in his most recent interview that took place on September 4th.

Diddy visited the Reverend Al Sharpton and was a guest on his MSNBC show called “Politics Nation”. They were supposed to be discussing the new charter school that Diddy has opened up in Harlem, but quickly went into his thoughts and feelings for our current President instead.

The comments he did make about his new charter school called “Capital Prep Harlem” did make sense. It made us want to support his newest business venture, we are all about giving back and promoting education. Here is what he had to say:

“I had a lot of concerns and complaints about the educational system, and how our children are treated. I’m an action person so instead of me talking about it I wanted to show them a better way to do it.”

Talk about his new charter school swiftly switched to talk about the upcoming presidential election.

“My number one thing to be honest is black people. I feel like we put President Obama in the White House and when I look back I just wanted more done for my people because that’s the name of the game. This is politics, you put somebody in office, you get in return the things you care about for community.”

He went on to add:

“I think we got a little shortchanged and that’s not knocking the president, it’s a lot going on …he’s done an excellent job but I think it’s time to turn up the heat because the black vote is going to decide who is the next president of the United States.”

When it comes to the woman who could be the first woman to become president he wants her to really address black voters:

“It makes me feel almost hurt that our issues are not addressed and we’re such a big part of the voting block.”

He concluded by letting everyone know that he wasn’t supporting Trump either. He needs more done and he wants to know who will be the one to do it:

“I honestly think that that the heat has to be turned up so much that as a community we gotta hold our vote. Don’t pacify yourself, make them come for our vote. I think we need to hold our vote because I don’t believe any of ‘em.”