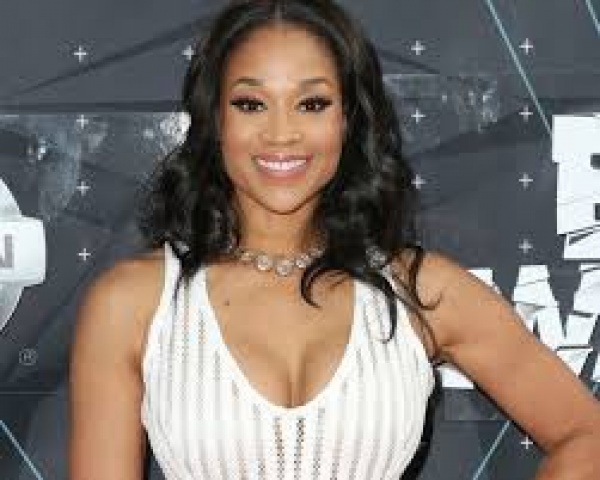 *If Mimi Faust had her way, life would be much better without being labeled. Especially when it comes to her sexuality.

The 44-year-old “Love & Hip Hop: Atlanta” star, who had folks dropping jaws upon debuting her girlfriend Chris Gould on the show’s fifth season premiere, mentioned to Page Six that she really isn’t necessarily a fan of labels about her sexuality.

Faust’s comments come amid the flak she’s gotten from her ex, Stevie J, who allegedly has a problem with Faust’s relationship with Gould. In his eyes, the romance is not real and just something for the cameras. Stevie J has even gone so far as to allegedly state that he doesn’t want Eva, his daughter with Faust, to be around her mother’s new relationship with Gould. The pair, reportedly,  have been dating for more than a year.

Upon hearing about what Stevie J said, Faust took to social media to defend her sexuality while continuing to shut down the notion of labeling.

“In 2016 we should not be using gay and lesbian as a way to degrade someone. Someones sexuality is not a reflection of their character and more importantly what type of parent they are,” Faust wrote in a message posted on Instagram. “The most important thing is that the child feels love regardless of whether it comes from a man or a woman. We should continue the strides we have made over the last 50+ years and allow people to be who they are.”

As for the Stevie J’s criticism, Faust revealed that it really is none of his business regarding who she chooses to date.

“He actually hasn’t had a conversation with me. I was very insulted by [what he said]. He left his family to be with someone else and who I choose to date isn’t any of his business,” she told Page Six while admitting that if she gets “really serious with Gould, she will let her daughter in on the true nature of their friendship. “Eva doesn’t know that Chris and I are like that. I don’t have any type of PDA in front of my daughter with Chris and Eva just looks at her as mommy’s friend. If I get really serious with Chris and we’re going to be life partners, of course I will let Eva know that this is something more than just mommy’s friend. I have to be very certain about that first … but if I can live through that whole sex tape thing this is a walk in the park.”