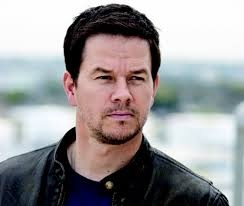 Date Posted: Sunday, December 7th, 2014
Mark Wahlberg is asking the state of Massachusetts to wipe a 25-year-old assault case from his record.

The Gambler actor filed a pardon application with state officials on Nov. 26 explaining why he's a changed man since the 1988 incident when he assaulted a man near his family's home in Dorchester.

Wahlberg served 45 days of his three-month jail sentence after being convicted, and said that his "past convictions still legally impact me to this day."

In his lengthy application, the father of four says that he's completely turned his life around and has raised millions of dollars for charity.

And in addition to the more publicized efforts to better himself, he wrote "More privately, I make it a point to attend church nearly every day."

"Receiving a pardon would be a formal recognition that I am not the same person that I was on the night of April 8, 1988," he wrote.

"My hope is that, if I receive a pardon, troubled youths will see this as an inspiration and motivation that they too can turn their lives around and be formally accepted back into society. It would also be an important capstone to the lessons that I try to teach my own children on a daily basis."

The producer continued, "I have not engaged in philanthropic efforts in order to make people forget about my past. To the contrary, I want people to remember my past so that I can serve as an example of how lives can be turned around and how people can be redeemed.

"Rather than ignore or deny my troubled past, I have used the public spotlight to speak openly about the mistakes I made as a teenager so that others do not make those same mistakes."

The board has not yet voted on whether to recommend the star for pardon.