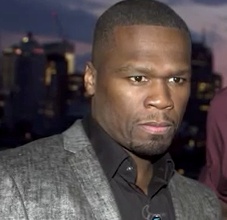 Date Posted: Sunday, December 7th, 2014
50 Cent revitalized hip-hop when he released the classic rap album Get Rich or Die Tryin’ in 2003. Since then the tune of his career has shifted to get rich by investing as a serial entrepreneur and active investor.

Early in his music career he partnered with Reebok on a G-Unit sneaker line followed by other ventures in music and fashion. But his real fortune would come from a foray into the beverage industry. He partnered with Glacéau to develop VitaminWater, which Coca-Cola purchased in 2007 for $4.1 billion. Forbes estimated that his stake earned him roughly $100 million.

“I like to invest in things I know I can move the needle in,” says the rapper, born Curtis Jackson. But now he is honed in on tech, having launched headphone accessories brand SMS Audio in 2011.

This isn't unchartered territory. Earlier this year Apple purchased Beats for $3 billion, a company co-founded by rap producer Dr. Dre in 2008. Nevertheless, 50 Cent struck a deal with Intel this August to develop a sporty wearable.

The collaboration produced the BioSport In-Ear Headphones, which unveiled just this week. The SMS headphones are equipped with Intel-engineered features, including biometric sensors to monitor heart rate, pace, distance, elevation and calories burnt via the RunKeeper app.

“You see the passion from professional athletes like Carmelo Anthony and others who really appreciate it because it takes their mind off how much work they have to put in,” he says. Anthony, a pro-baller and investor in SMS, along with NFL stars from the New York Jets were in full attendance at the BioSport launch party on Wednesday.

But fitness wearables must go beyond celebrity marketing to make its mark. With a wide range of products ranging from basic wristbands to smart ballet slippers crowding the space, marketing new gadgets must convey how it fulfills a need or clear purpose in the target consumer's everyday lifestyle.

50 Cent emphasizes that BioSport is "a game-changer" for outdoor runners and fitness fanatics because of its capability to collect real-time data and track performance progress. “If it fits in my lifestyle I can understand how an audience could be passionate about it,” says the Queens, N.Y. native. “My gut instinct helps me make decisions as to where I go.”