Is Beyonce Responsible For Rihanna's Career Taking Off? 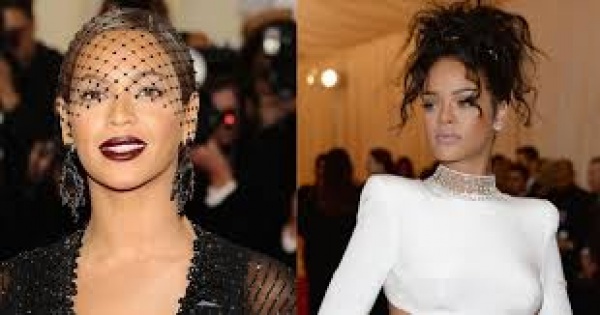 Date Posted: Friday, January 8th, 2016
Beyoncé and Rihanna have always seemed to have a somewhat complicated relationship. Jay Z, of course, is a pivotal figure in both of their lives, as husband to Beyoncé and the person who initially signed Rihanna. While Rihanna and Beyoncé pose for pictures together on occasion (and Rihanna once posted an Instagram exalting Beyoncé), they have never collaborated on a song (as Beyoncé has with many other female artists) or so much as met up for brunch at some New York hot spot. How they actually feel about each other has never been clear.

This makes the following revelation—from the upcoming memoir of music executive L.A. Reid, titled Sing to Me: My Story of Making Music, Finding Magic, and Searching for Who’s Next—quite interesting. Per Reid’s account, he was not initially blown away by Rihanna (“I first laid eyes on her in the hallway. I didn’t know she was a singer or anything, just a pretty girl standing outside somebody’s office”). Jay Z was the one who was pushing for the label to sign her, and, even after she was on board, they believed singer Teairra Mari had more potential. “At the label, we thought Teairra Mari would be the big star,” Reid recounted. “We spent more time on her, did more work on her, paid more attention to her. Rihanna already had a hit with ‘Pon De Replay,’ but we still thought it was the other girl.”

But Reid’s attitude shifted quickly thanks to—yes— Beyoncé. “Beyoncé came up to me,” Reid wrote. “‘That Rihanna girl,’ she said, ‘she’s a beast.’” The rest, as Rihanna would put it on Twitter, was histoRIH.

Now, can someone ask Beyoncé to get involved in getting Anti released already???