50 Cent And Fatherhood---He's Trying But Is Met With Interference 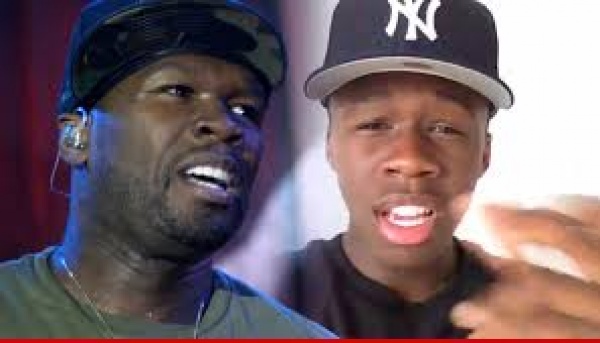 Date Posted: Wednesday, December 23rd, 2015
It seems to be a growing problem where men who want to be in their children’s lives aren’t able to do so because the mother refuses to cooperate and let them see each other. Case in point: Curtis ’50 Cent’ Jackson and baby mother, Shaniqua Tomkins.

There are plenty of stories surrounding these two, and the person who suffers the most is their son, Marquis.

Recently, a fake Facebook account that supposedly belonged to Marquis added a post that put 50 on blast for not attending his high school graduation. Although the account was fake, it was true that 50 didn’t attend his son’s graduation.

50 is speaking up and is using Instagram to clap back at Tompkins for not even letting him know about the graduation, let alone inviting him to attend. Oh, and he may have mentioned that her lavish lifestyle that she has been enjoying is about to run out, since the boy is almost grown and 50 will no longer be giving her child support.

He appeared on BET’s 106 and Park to talk about the nonexistent relationship he has with his son and why he didn’t attend his graduation.

“My relationship with my oldest son is actually dictated by his mom and because his mother has developed a negative energy towards me – we go from being friends because we’re adults and if time permits it, there’s some type of intimacy and it grows stronger, that relationship. […] My son, I hadn’t received an invitation to it and when he graduated, I was in Budapest [doing a movie]. I think at some points – the reason why it comes out is because his mom’s going to TMZ.”

This isn’t the first case of women living off of child support while refusing to let the baby’s father see their children. Why, the phenomena is so bad, there is a Facebook group and a Father’s Rights Survival Guide that helps men who face this very problem. It’s wrong that women will keep their children from their fathers. They complain that the baby’s father is no good, but he must have been good for something if you laid down with him.

Now, don’t get me wrong, I know there are some legitimate reasons why a woman may not want her kids to be around the baby’s dad, but there are far too many instances where the woman is bitter, hateful, and just wants to hurt him. They aren’t doing anything but hurting the child. Period.